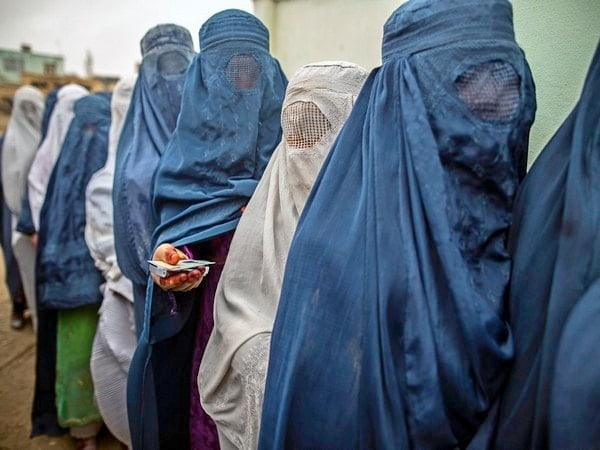 Kabul [Afghanistan], September 29 (ANI): Amid the ongoing crisis in Afghanistan, the situation of Afghan women continues to deteriorate as they are denied their fundamental freedoms and rights under the Taliban rule, said the Charge d’Affaires of the Afghan Permanent Mission to the UN, Naseer Ahmad Faiq at the UN Security Council recently.
Since the Taliban seized power in Afghanistan, Afghan women and girls have been systematically excluded from all economic, social, and political arenas, Faiq said during the UNSC briefing on Afghanistan on Tuesday, reported Khaama Press.
He also underlined the importance of underlined restoration of fundamental rights for women and girls and called for the immediate opening of schools for girls in the war-ravaged country.
According to international assessments, Afghanistan now has the highest number of people in emergency food insecurity, with more than 23 million in need of assistance, and approximately 95 per cent of the population having insufficient food consumption.

Of particular concern is the vulnerability of more than four million internally displaced, including people belonging to minorities and over 3.5 million seeking refuge in neighbouring countries.
More than 24.4 million people need humanitarian aid in Afghanistan–an increase from 18.4 million in 2021, according to a report by the US Special Inspector General for Afghanistan Reconstruction (SIGAR).
The report states that the Taliban takeover of the country and the resulting cut in international assistance has led to a worsening humanitarian crisis and approximately 70 per cent of the Afghans are unable to provide for their basic needs on a daily basis.
Notably, the situation of human rights in Afghanistan has worsened since the collapse of the Afghan government and the Taliban’s return to power in August last year. Although the fighting in the country has ended, serious human rights violations continue unabated, especially against women and minorities.
Besides this, the continuously soaring prices of food products in the country have emerged as a new challenge for Afghans. In a short span of fewer than three months, food prices have almost doubled, reported Khaama Press. (ANI)

ALSO READ:  Work on India's first-ever night sky sanctuary in Ladakh will be over in a month: Jitendra Singh