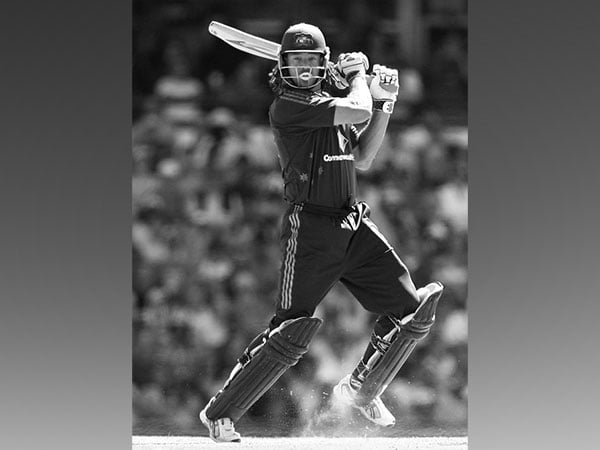 Townsville [Australia], September 30 (ANI): In a tribute to late Australian cricket star Andrew Symonds, the grandstand at Riverway Stadium in Townsville has been officially named after the all-rounder on Friday.
The Andrew ‘Roy’ Symonds Grandstand was unveiled by his children, Chloe and Will, and his mother Barbara.
“It just feels like he’s going to be loved from every direction like he’s going to be loved from everyone. I know he didn’t like anything big, and it’s not a big grandstand…so he would probably have loved that,” ESPNcricinfo quoted Symonds daughter as saying.
Symonds, who represented Australia 238 times and was a huge figure in Queensland cricket, died aged 46 in a car accident near Townsville on March 14.
When Australia played Zimbabwe in Townsville last month there were tributes paid to the legendary all-rounder but the process to name the stand hadn’t quite been completed.

“He was just my boy who loved playing cricket. But to know that he was loved so much by so many people, it makes you very proud,” Symonds’ mother Barbara said on Friday.
Townsville Mayor Jenny Hill said that Symonds had a huge impact on the local community.
“Roy was a proud North Queenslander who gave back to the Townsville community through charity and his involvement in junior sports,” she told the Townsville Bulletin. “He was also a great friend to many people and would light up any room he was in. Roy’s passing has been a tragic loss to our community, and I know his absence is felt far and wide across the country,” ESPNcricinfo quoted Jenny Hill as saying.
Whether he was thumping runs, taking wickets or fielding like a demon, Andrew Symonds was a larger-than-life figure in Australian cricket.
He featured in 198 ODIs – scoring six centuries and 30 half-centuries – while also contributing 133 wickets with his more than handy off-spin and medium pace.
Symonds also played 14 T20Is for Australia, managing 337 runs and eight wickets.
Whether it be Tests and ODIs for Australia or early in his career for Queensland, there were arguably no better fielders in world cricket than Andrew Symonds. (ANI)