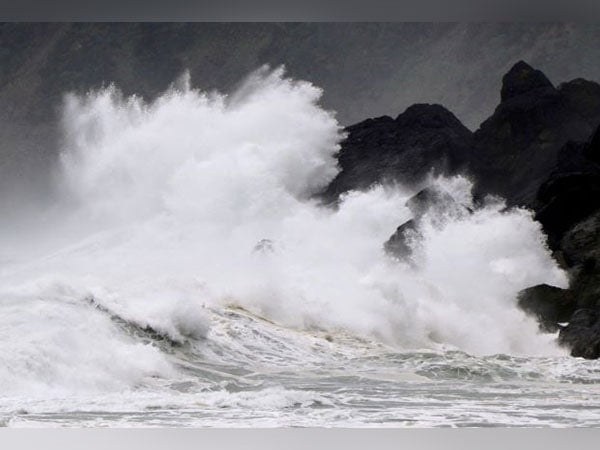 Tokyo [Japan], September 19 (ANI): At least two people died in the typhoon Nanmadol after the storm ripped through the main southwest island of Kyushu a day earlier, while around 70 others were injured, a local media reported.
After making landfall in Kagoshima Prefecture, typhoon Nanmadol was approaching the city of Fukuoka on Monday morning with a wind speed of 126 km per hour, The Japan Times reported.
The meteorological agency said it is expected to dump as much as 400 millimetres of rain in parts of the region as it heads in a northeast path that will take it along the west coast of the main island of Honshu.
The agency further said that the storm is forecasted to dump heavy rain on large parts of Honshu on Tuesday, leading to risks of floods and landslides.
Japan’s meteorological agency also issued a flooding advisory for Tokyo and adjacent Kanagawa Prefecture while large parts of Kyushu and prefectures to the northeast were under a flood warning.
Meanwhile, the rare “special storm, storm surge, and wave warning,” which was issued for Kagoshima Prefecture on Saturday evening, has been downgraded to “warnings.”

However, a “special heavy rain warning” is still in effect for Miyazaki Prefecture. Due to continuous rainfall, the risk of possible landslides and flooding is high, reported The Japan Times.
Typhoon Nanmado is disrupting transportation services across wide areas of Japan. Japan’s two main carriers NA Holdings and Japan Airlines have cancelled nearly 800 flights.
On Monday, JR West stopped running all Sanyo Shinkansen bullet trains between Hiroshima and Hakata stations.
The rail company said it will also reduce the number of bullet trains operating between Osaka and Hiroshima until around 2 p.m. on Monday and will suspend services in sequence thereafter between the two major cities.
About 300,000 homes were without power on Monday morning in Kyushu, according to Kyushu Electric Power Transmission & Distribution.
On Sunday, Prime Minister Fumio Kishida called on people in Japan to evacuate promptly if they “even feel the slightest danger” when he attended a meeting with ministers and senior officials in charge of responding to the typhoon, according to The Japan Times.
Kishida also ordered the officials “to take all possible measures to ensure the safety and security of the people with a sense of urgency.” (ANI)