Audio Leaks: Imran Khan says CEC should resign “If he had any shame” 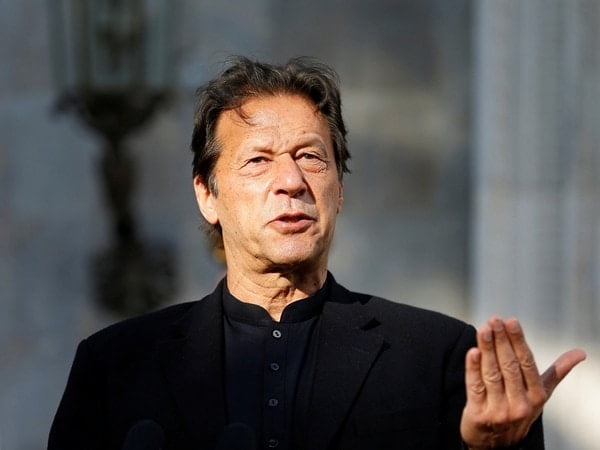 ANI Photo | Audio Leaks: Imran Khan says CEC should resign “If he had any shame”

Islamabad [Pakistan], September 27 (ANI): After controversial audio leaks of Pakistani Prime Minister Shehbaz Sharif that caused a sharp furore from the opposition over his involvement in corruption, his predecessor Imran Khan on Monday said that Chief Election Commissioner (CEC) Sikandar Sultan Raja should resign “if he had any shame,” media reports said.
Pakistan Tehreek-e-Insaaf (PTI) chief Imran Khan claimed that the audio leak is proof that the CEC, Sultan Raja, is in cahoots with the Sharif family and his alleged involvement in corruption, reported Pakistani local media The Express Tribune.
Imran Khan made these remarks while addressing a ceremony at Government College University Lahore. In a sharp statement targeting the CEC, Khan said, “Now new audio leaks have come forward where the chief election commissioner has been proven to be the house-servant of Nawaz Sharif.”
There were multiple audios that were leaked, triggering a debate over the misuse of powers of the Prime Minister’s Office. Imran Khan pointed out at another audio in which CEC allegedly was speaking about “disqualify Imran in the Toskhakhana case” and raised questions over who should be disqualified, reported The Express Tribune.
Slamming the CEC over the audio leaks Imran Khan said, “If he [CEC] had any shame, he would resign,” and added “but he has no shame. That is why we will have to get him to resign.”
Recently, Pakistan finance minister Miftah Ismail stepped down from his post after a meeting with the heavyweights in the coalition government. The new Pakistan finance minister Ishaq Dar who is to take on the new post has also corruption charges levelled against him.
Imran called Dar a “biggest fraudster.” “When the National Accountability Bureau (NAB) asked him [Dar] how he got all this money when his father was simply a bicycle shop owner, he boarded the prime minister’s plane and fled the country with the excuse that he was going to seek medical treatment,” Imran said while claiming that the former finance minister was returning under “a deal.”

Imran also said that “there is more that will be revealed in the audio leaks” and asked the audience to “wait for the coming episodes”.
Shehbaz Sharif summoned a meeting of the National Security Committee (NSC) on Wednesday to discuss the actions against the audio leaks that surfaced on social media a day earlier.
According to ARY News, sources said that the NSC session will be held at 3:00 pm on Wednesday and the NSC huddle would be briefed regarding the Prime Minister’s Office (PMO) audio leaks.
The meeting will be attended by the services chiefs, intelligence officials and civilian leadership, it added.
The federal government has decided to constitute a Joint Investigation Team (JIT) to inquire into the audio leaks from the Prime Minister’s House. The JIT will be also included officials of secret agencies to probe into the audio leaks from the Prime Minister’s House.
Pakistan Interior Minister Rana Sanaullah on Sunday said that Prime Minister Shehbaz Sharif has taken notice of audio leaks involving the prime minister and Pakistan Muslim League-Nawaz (PML-N) leader and an inquiry has been initiated.
Sanaullah said that the inquiry of leaked audio would involve high-level officials from all agencies. The probe body will inquire about whether the data has been hacked or stolen and sold. The investigation team will also look into the question that the PM House was bugged with the devices, or whether it is a mobile recording, reported ARY News.
The probe will be authorized to include the staff of the PM House in the investigation. It will also inquire into the question, of which officers were present in the Prime Minister’s House at the time of the recording, the publication added. (ANI)