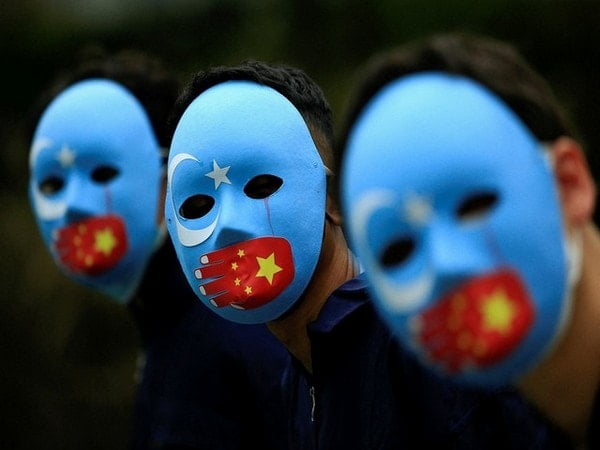 A recent report by the United States, which revealed China’s human rights violation in the Xinjiang region, said that “allegations of patterns of torture, or ill-treatment, including forced medical treatment and adverse conditions of detention, are credible, as are allegations of individual incidents of sexual and gender-based violence.”
Former UN High Commissioner Michelle Bachelet released the report which said that Uyghurs in the Chinese province of Xinjiang and other predominantly Muslim groups were routinely placed in reeducation camps where they were subjected to torture, rape, forced labour, and abortion.
Recently, on Wednesday, the Uyghur community in Austria held a protest against the genocide of Uyghurs and other Turkic peoples in China on the pretext of controlling the Covid-19 pandemic by forcing a lockdown in areas of East Turkestan and imprisoning people inside homes without food and medical aid.
According to local media reports, several protestors carrying pictures of the Uyghurs who were killed by the Chinese government took out a rally from Christian-Broda-Platz to Heldenplatz in Vienna. A large number of Uyghurs participated in this demonstration and raised slogans against the human rights violations and genocide by the ruling Chinese Communist Party.
The Chinese government, on the pretext of the COVID lockdown, trapped residents in their homes leaving them to starve. Hundreds of viral videos and other posts on social media from East Turkistan show families across East Turkistan suffering starvation after being locked up in their homes for weeks. Videos show the Uyghurs pleading with the Chinese government to let them out and bring them food to feed their starving children.
They even include young children who are starving or have died due to hunger or high fever but did not get access to food or medicine, local media reported.
The contemporary situations of East Turkistan are that East Turkistan people are suffering from massacres, genocide and other human rights violations for more than 70 years under Chinese autocracy.
Since 2014, the Chinese government, under the administration of the Chinese Communist Party (CCP) General Secretary Xi Jinping, has pursued policies that incarcerated more than one million Muslims (the majority of Uyghurs) in internment camps without any legal process.
This is the largest detention of ethnic and religious minorities since World War II. However, China publicly denies that it has committed human rights abuses in Xinjiang. (ANI)