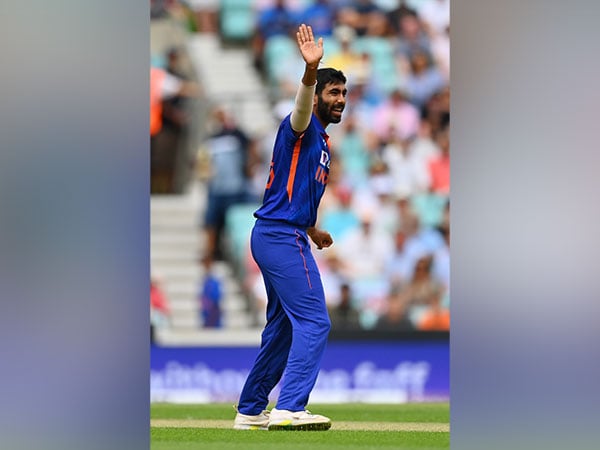 Dubai [UAE], September 22 (ANI): Australia legend Ricky Ponting made some bold calls while trying to decide who he would choose as his favourite player in some of the most difficult head-to-head matchups between top names in T20 cricket.
Two of the premier fast bowlers in the world, Jasprit Bumrah and Shaheen Afridi, can boast of having enviable records in the shortest format. Bumrah has picked up 69 wickets in 58 matches while Afridi has scalped 47 in 40.
The two pacers are equally effective with the new ball as well as in the death overs. Ponting too, had a tough time in picking one, stating in The ICC Review. “Look, how do you split those two guys? They are two of the best performing bowlers in the world in the last couple of years in all formats of the game,” Ponting said.
Eventually, Ponting settled for the experienced campaigner in Bumrah.
“I’ll probably go on experience alone – I’ll go for Bumrah. He’s played a fair bit of cricket in Australia now, played more in Australia than Afridi and has played more big tournaments as well than Afridi has,” he added.

The debate in the Indian cricketing circles has long been raging on who should be the designated wicketkeeper-batter in the side. While Karthik can boast about being an excellent finisher, Pant’s prodigious talent has seen him being backed by many.
India have fielded both on the same side on some occasions and Ponting believes that should be the way forward for Rohit Sharma’s team. Praising both, Ponting, according to The ICC Review, said: “I actually think that India’s best team has both of these players. I don’t care if they are both keepers but I think their batting prowess is enough.”
Elaborating on their abilities, the Australian legend added: “Rishabh in the middle order and Dinesh as a finisher, they look extremely dangerous to me.”
Ultimately though, Ponting believed that Pant had an edge over Karthik as he is likely to be afforded more chances.
“Look, I’m just going to favour Rishabh because I think he might get slightly more opportunities than Dinesh does,” he concluded. (ANI)