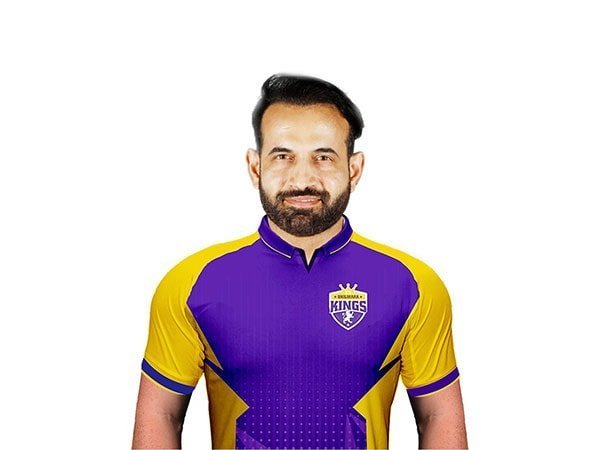 New Delhi [India], September 14, (ANI): Bhilwara Kings released a vibrant coloured jersey for the second season of Legends League Cricket on Wednesday which is starting from September 16, 2022.
The yellow and purple colour makes a perfect combination as purple showcases luxury, power, and ambition while yellow showcases happiness, warmth and sunshine.
The team owner explained the thought process behind choosing the colours of the jersey and stated that achievement always brings hope, warmth and happiness to the lives of the people.
Mr Riju Jhunjhunwala, Team Owner, LNJ Bhilwara Kings said, “We chose our colours with a mindset that we want our team to be ambitious during the Legends League Cricket second season and they should play with all their strength and power to bring the laurels to the Rajasthan and Bhilwara’s young population, the way Rajasthan IPL team won the first IPL season played in the country. Achievement and winning always bring lots of warmth and happiness along with lots of hope and shining into the life of an individual that is the reason we chose this combination.”
“As a group, we work for the well-being of everyone through our social organisation ‘Jawahar Foundation’ in Rajasthan, which is promoting and providing support in the areas of food security, digital literacy, safe drinking water and now sports. We want people of Rajasthan and Bhilwara to experience the emotions that these colours signify in their lives through our efforts” he further added.

Former India player Irfan Pathan was happy to wear the jersey and reminiscence his playing days for India.
Mr Irfan Pathan, Captain, LNJ Bhilwara Kings said, “Donning the Indian jersey is an honour for any cricket player. We have lived and experienced the blue throughout our lives and it will remain in our hearts forever. The colours purple and yellow chosen by the LNJ Bhilwara Kings signify each and every moment we have lived during my playing days in the Indian National side luxury, power, ambition, sunshine, warmth and happiness. LNJ Bhilwara Group has given us an opportunity to relive that magic through these colours,”
Bhilwara Kings team had recently appointed Mr Lalchand Rajput as the Head Coach for this season of Legends League Cricket.
The biggest names of the cricketing world will be seen taking the field and challenging each other as the League takes off from September 16. Legends League Cricket will feature four illustrious teams who will be playing twice against each other during the 12-match league stage.
All matches are scheduled to kick off at 7:30 pm, except one league match that will be played between India Capitals and Gujarat Giants on September 25 and Qualifier 1, both will see a 4 PM start.
Bhilwara Kings- Irfan Pathan (C), Yusuf Pathan, Monty Panesar, Naman Ojha, William Porterfield, Samit Patel, Fidel Edwards, Matt Prior, Nick Compton, S Sreesanth, Tim Bresnan, Owais Shah, Tino Best, Sudeep Tyagi (ANI)