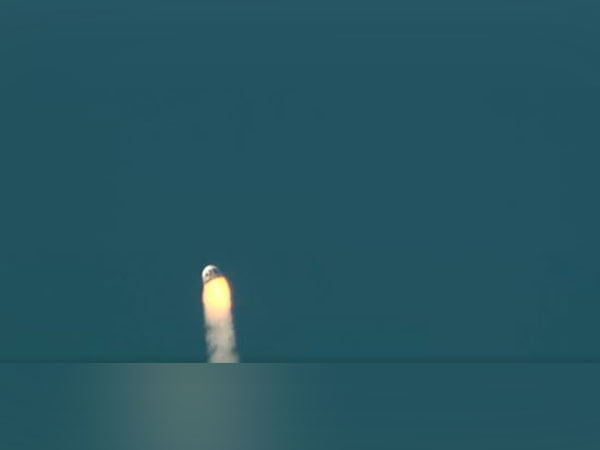 Washington [US], September 13 (ANI): An uncrewed New Shepard rocket launched by Blue Origin experienced a booster failure on Monday, which caused the rocket booster to crash.
However, the capsule carrying experiments escaped and floated safely back to Earth, Jeff Bezos’ space company said.
The launch was scheduled for 8:30 a.m. Monday Central Daylight Time from the company’s Launch Site One location in West Texas, according to Blue Origin. It was a payload mission with no astronauts on board.
“During today’s flight, the capsule escape system successfully separated the capsule from the booster. The booster impacted the ground,” Blue Origin tweeted.
“There are no reported injuries; all personnel have been accounted for,” said the company.
The company tweeted a short video showing the moment the capsule fired emergency thrusters to separate from its booster rocket, around a minute after launching from Blue Origin’s base in west Texas.
It was the 23rd mission for the New Shepard rocket program, named after the first American in space, and the first to end in failure.
NS-23, which had 36 experiments on board, was first set to launch in late August but was delayed due to inclement weather.
The incident marks a setback for Blue Origin and the nascent space tourism industry.
Blue Origin began flying humans to space on 10-minute rides last year for an unspecified ticket price.
It has flown 32 people — some paying customers and others guests. Notable passengers include founder Jeff Bezos and Star Trek icon, William Shatner. (ANI)