Can’t wait to see him in action: Pat Cummins buzzing to see Tim David play for Australia against India 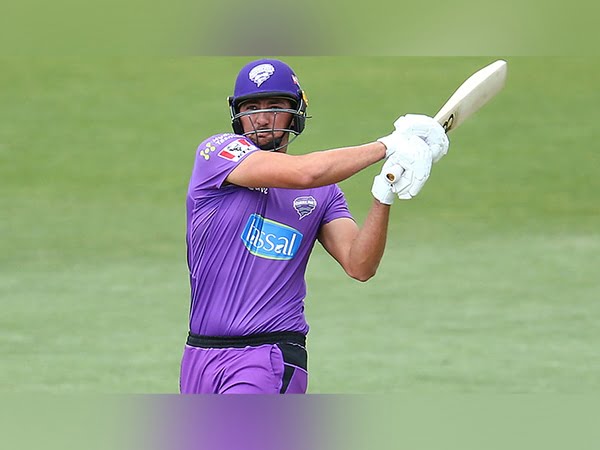 Mohali (Punjab) [India], September 18 (ANI): Ahead of the clash against India in the first T20I on Tuesday, Australia vice-captain Pat Cummins said that he is excited to see Tim David play against the Men in Blue in Mohali.
Global T20 star Tim David has earned a call-up to the Australian side for the upcoming tour to India and the ICC T20 World Cup 2022 on the back of his hard-hitting performances in leagues across the world.
David has represented Singapore in 14 matches and has scored 558 runs at an average of 46.50 with four half-centuries. Under ICC rules, he is completely eligible to wear Aussie colours immediately.

Because of David’s involvement, the buzz surrounding the three-match series has intensified, as fans are aware of his blistering innings and what he can do in the shortest format in a couple of minutes.
“We are in Mohali. We just had our first training session as a team out there on the Oval. Really good session. Great to see the new face on his first ever Aussie tour – Tim David around. He hit a lot of long balls, I can’t wait to see him in action,” said Cummins in a video posted by Cricket Australia on Twitter.
During the last two years, David has scored 1,874 runs in 86 T20 matches at a stunning strike rate of 168.40. He averages a boundary every 4.5 balls and his strike rate goes upto an impressive 204.80 during overs 16-20.
He was purchased by Mumbai Indians for a massive A$ 1.53 million back in February. In the season, his strike rate of 216.28 was the highest by any player to have faced at least fifty balls in a single season.
Australia squad for T20I series against India: Sean Abbott, Ashton Agar, Pat Cummins, Tim David, Nathan Ellis, Aaron Finch (c), Cameron Green, Josh Hazlewood, Josh Inglis, Glenn Maxwell, Kane Richardson, Daniel Sams, Steve Smith, Matthew Wade and Adam Zampa. (ANI)