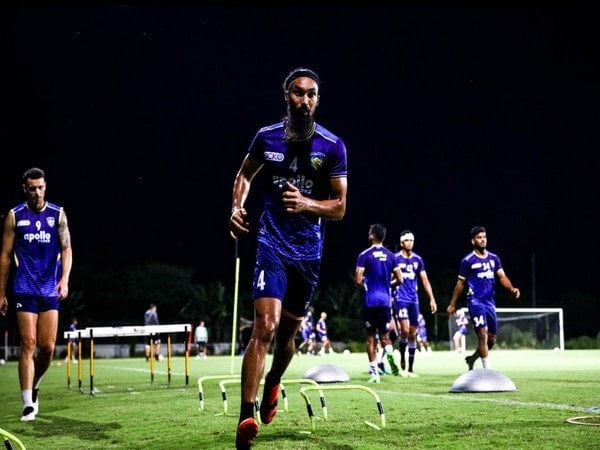 Chennai (Tamil Nadu) [India], September 30 (ANI): Chenaniyin FC’s 35-man squad for the Indian Super League is here with head coach Thomas Brdaric looking to build on a promising Durand Cup campaign that concluded earlier this month.
Nasser El Khayati joins the club as a seventh foreign acquisition and is a part of the registered international unit for the 2022-23 ISL campaign. He replaces Rafael Crivellaro as the club’s midfield option having played in a similar role in the Dutch first division in May 2022.
The Dutch footballer joins vice-captain and Senegalese international Fallou Diagne, Iranian defender Vafa Hakhamaneshi, German midfielder Julius Duker and attackers Kwame Karikari and Petar Sliskovic from Ghana and Croatia respectively; all of whom took part in the Durand Cup.
Petar, Julius, Vafa and Karikari all found the back of the net over the five games they played in the Durand Cup.
While there has been a complete overhaul of their foreign contingent, the team has also reinforced their Indian contingent with a profusion of several youth players alongside experienced campaigners.
In the Durand Cup, Petar top scored for Chennaiyin FC scoring three goals while skipper Anirudh Thapa scored twice and assisted three.
The competition also saw Edwin Sydney get his first goal for the club, while the likes of Aakash Sangwan and Ninthoinganba Meetei also impressed — all part of the league squad.

US, Pacific Island leaders reach deal at summit with eye on China