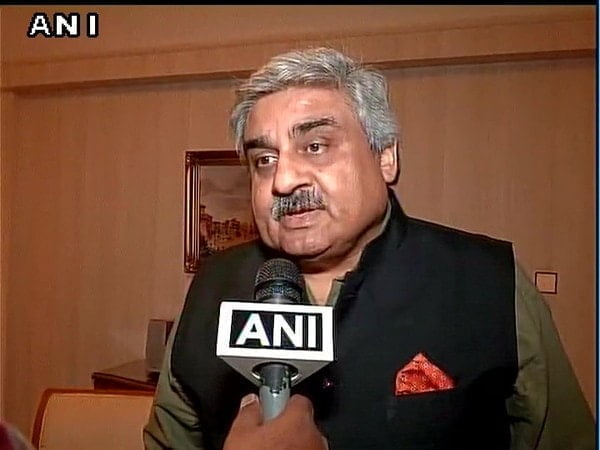 New Delhi [India], September 16 (ANI): Even though China pledges to be in accord with the Shanghai Cooperation Organization (SCO) declaration on combating terrorism, in practice, it fights shy of sanctioning terrorist individuals, primarily due to the special relationship it enjoys with Pakistan, said former Indian envoy to Italy and Poland Anil Wadhwa.
In conversation with ANI, Diplomat Wadhwa said, “China does go along with all the SCO documentation related to tackling terrorism however in practice, of course, there is a difference when it comes to sanctioning the terrorist individuals.”
“It is quite obvious because China enjoys a special relationship with Pakistan and that stance is going to continue in the future. I think there should be a consensus among the SCO member states that declaration on terrorism does not mean anything unless it is implemented in practice,” Ex-Secretary (East) in the Ministry of External Affairs Wadhwa added.
Moreover, as speculations are rife over a meeting between Prime Minister Narendra Modi and Chinese President Xi Jinping, Wadhwa said, “If the meeting does take place it will be a chance for PM Modi to tell President Xi Jinping to complete the disengagement process and go back to the status quo.”
Highlighting that as much as the disengagement was crucial it is yet to be done from the Depsang and Demchok region where the Chinese positions are.
Diplomat Wadhwa also noted that connectivity with Central Asian nations would remain a top agenda for India at the SCO summit. “Chinese agenda is to push the BRI but it is different from the Indian connectivity agenda because we have to open up our route to Central Asia and to look at how we can achieve it through Chabahar port with Iran coming into the group next year.”
“The Chinese try and extend the BRI onto Afghanistan through the occupied territory that is all the more reason that India will have to put itself vehemently once again,” he continued.
Another key aspect that diplomat Wadhwa talked about is the way the SCO grouping is currently looked upon by the West.
“You have to look at it with a context that why these countries are trying to join this grouping. After all, they got something to gain from joining. It just so happened that these countries are the ones which are not in the Western camp so to speak as of now. They are countries who are pursuing their own foreign policies so there is an element of Western propaganda when they say that this is an anti-west and anti-NATO grouping.”
He added that the bad intentions of one country should not malign the intentions of other member states. “Of course, there’s a problem as far as China is concerned and now because as far as Russia is concerned with the United States and western Europe .. but that cannot be extended to everybody who is there because everybody else needs to pursue their own independent foreign policy I think that is why one has to take these definitions with a pinch of salt. This is basically a grouping which helped these countries in a way that is why there are coming together in this larger group.”
Furthermore, the diplomat also spoke briefly about the IPEF framework’s first in-person ministerial summit in Los Angeles which was attended by Union Minister for Commerce Piyush Goyal.
Notably, last week, India opted out to join the trade pillar of IPEF. Replying to a question about India’s positioning as far as multilateral institutions are concerned, Wadhwa said, “It is not that India walked away from the trade pillar of the IPEF. They have not joined it as yet and the reason is quite simple because Piyush Goyal explained to the Americans that you have some new elements in there which are things like the labour standards and environment and if you have these linkages of environment and labour with trade so India will have to know what are those linkages.”
“Once those linkages become clear we will decide that we should join it or not. That is the situation right now. I don’t think that this is a rejection so far. I think just to say that we’re walking away from the multilateral arrangements is not correct. We are actually looking at it from our own perspective because we do not want to walk into something that ties our hands down and we have to take our country’s situation into account as well.”
Speaking on whether there could be trade talks between India and Pakistan at the SCO summit amid the devastating floods in Pakistan, Wadhwa stressed, “Of course, trade is the foremost agenda but with Pakistan, there are many other linkages which will come into play ..so we have to see how it goes because there is no reason for Pakistan not to stop cross border terrorism. India has continued with the policy that unless terrorism is stopped there is no point talking about anything.”
Besides this, whether there will be talks over the security issues in Afghanistan, diplomat Wadhwa added, “As Afghanistan is an observer state, there will be a number of countries who will try and prevail upon because they are also concerned about terrorism. Maybe Pakistan is not bothered about it and China is untouched by it but the other countries are concerned.” (ANI)

A warm welcome: Fireworks in Samarkand ahead of SCO Heads of State Summit