China exploiting Ukraine war to warn US of its threats 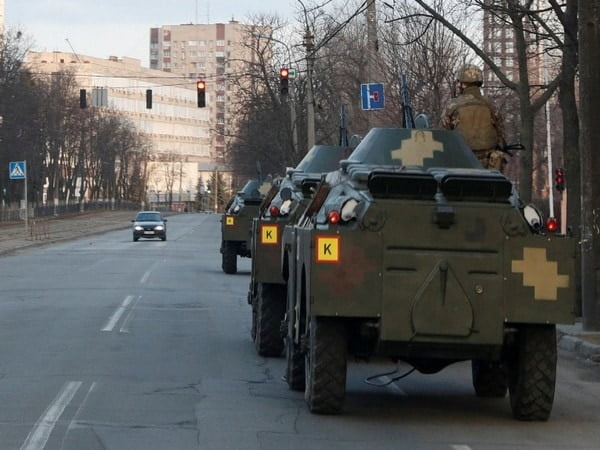 Beijing [China], September 18 (ANI): China is fully exploiting the Russia-Ukraine crisis to warn the United States of its threats — a classic example of “killing the chicken to scare the monkey,” GeoPolitica reports said.
From China blaming NATO’s expansion for Russia’s invasion of Ukraine to blaming Ukraine’s desire to join NATO for endangering Russian security or even condemning anti-Russia sanctions imposed upon the outbreak of the war, Beijing’s intentions are only to threaten the US amid the ongoing power conflict, GeoPolitica reported.
More of this becomes clear when one looks closer to Beijing launching a diplomatic push in impossible circles. A lot of China’s condemnation of the West comes as Beijing finds itself in the midst of a huge strategic problem.
An interesting point was made by the Carnegie Endowment for International Peace’s Evan Feigenbaum. It identifies China’s three core objectives in the Russian-Ukrainian war.
First up is China’s strategic partnership with Russia. The second is to show its commitment to long-standing foreign policy principles of “territoriality” and “non-interference” and last but not least is China’s desire to minimise collateral damage from EU and US sanctions, GeoPolitica reported.
Right since the war started on February 24, Beijing officials have been doing extensive globetrotting. From February 24 to May 19, Beijing had 64 diplomatic talks with international colleagues to address the ongoing conflict in Ukraine.
However, one must note that this diplomatic effort is divided into two sections.
The first stage concentrated on Western nations in order to manage the impact of Western policy results and the second is China’s move to focus on poorer countries.

For Instance, on March 15, US National Security Advisor Jake Sullivan met with Politburo member Yang Jiechi and reiterated the United States’ commitment to a cohesive NATO. Following the Sullivan-Yang meeting on March 15, China’s diplomatic campaign moved its focus to poorer countries.
Whether it was the visits to the western nations or to the poorer countries, Beijing’s aim was anchored in three key messages condemning NATO for its “responsibility” for the conflict, the need for peace talks, and opposition to Western sanctions.
Foreign Minister Wang Yi stated in a meeting with Ukrainian Foreign Minister Kuleba that “one nation’s security should not be obtained by harming another country, and regional security should not be secured via military bloc expansion.”
Wang said in a meeting with Pakistan PM Imran Khan that “Ukraine should be the bridge between East and West rather than a pawn in a greater power conflict.” China’s second point was to condemn anti-Russia sanctions imposed upon the outbreak of the war. The Western countries responded in unison to the Russian invasion.
Following the invasion, many western nations — United States, Canada, the United Kingdom, and a number of other nations imposed sanctions on Russian financial institutions and major oligarchs associated with the Putin government.
Following the league — the European Union imposed penalties on Russian officials, financial institutions, and exports.
The West used its sanction trump card on February 26. The United States, the European Union, the United Kingdom, Canada, France, Germany, and Italy announced a concerted operation to withdraw. Russian banks from the SWIFT financial messaging system. The EU resolved on March 2 to remove seven significant Russian organizations from SWIFT by March 12, reported GeoPolitica.
China began delivering anti- sanction messaging during diplomatic encounters and reiterated Chinese President Xi Jinping’s message chastising Western sanctions for impeding international law and escalating tensions.
Xi stated that the international community should “wholly advocate negotiation,” a veiled criticism of Western countries that simultaneously promote dialogue and offer military help to Ukraine. (ANI)