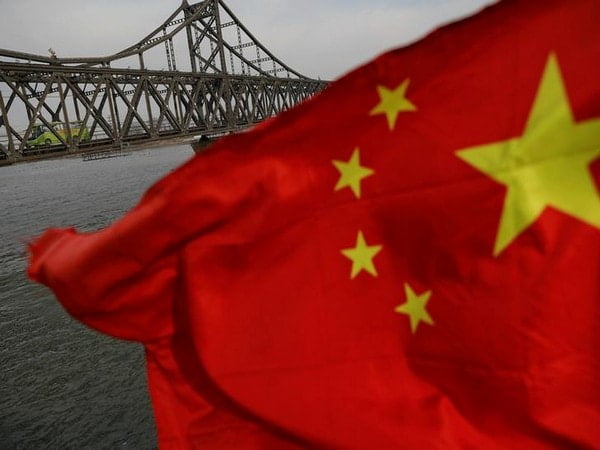 Utah [US], September 23 (ANI): The Chinese government recruited scientists, who worked at Los Alamos National Laboratory in New Mexico, for assisting China to advance key military and dual-use technologies in areas such as hypersonics, deep-earth penetrating warheads, unmanned autonomous vehicles (UAV) and jet engines, according to a report released by Strider Technologies.
Strider Technologies is a security and intelligence firm located in Salt Lake City, Utah in US. The intelligence think tank enables clients to proactively identify, manage, and respond to nation-state-directed IP theft and supply chain vulnerabilities.
The report highlighted that in 3 decades over 160 researchers returned to China to help nuclear and other advanced weapons programs.
“Between 1987 and 2021, at least 162 scientists who had worked at Los Alamos returned to China to support various domestic research and development (R&D) programs. And fifteen of those scientists worked as permanent staff members at Los Alamos,” the think tank report revealed.
Of those fifteen, thirteen were recruited into Chinese government talent programs; some were responsible for sponsoring visiting scholars and postdoctoral researchers from the PRC, and some received US government funding for sensitive research. At least one of these staff members held a US Department of Energy (DOE) “Q Clearance” allowing access to Top Secret Restricted Data and National Security Information.
China is employing a Talent Superpower Strategy designed to incentivize academics, researchers, and scientists to go abroad, deepen their expertise, and return to China to advance its strategic interests, according to “The Los Alamos Club” titled report.
The program, which began in the 1980s to send young talented Chinese people overseas, has evolved to incorporate initiatives that seek to harness these individuals’ efforts for China’s gain and, ultimately, encourage them to return to the PRC to work in key technology sectors.
“The PRC’s success among former Los Alamos affiliates, along with support for China’s talent programs from Chinese Communist Party (CCP) General Secretary Xi Jinping and other top CCP leaders, suggest that similar recruitment efforts may be widespread among US government-funded laboratories, academic research institutions, and major centres of innovation,” a 32-page report said.
“Moreover, the Los Alamos case shows how China’s rapid advances in certain key military technologies are being aided by individuals who participated in sensitive US government-funded research,” the report added.
Since returning to China, Los Alamos alumni have helped China to advance the key military and dual-use technologies in areas such as hypersonics, deep-earth penetrating warheads, unmanned autonomous vehicles (UAV), jet engines, and submarine noise reduction.
Dr Chen Shiyi, a world-renowned fluid dynamics and turbulence expert, is a crucial member of the “Los Alamos Club.” After returning to China, Chen served as president of the Southern University of Science and Technology (SUSTech), where he excelled at recruiting scientists with links to Los Alamos.
“In recent years, China’s state-sponsored talent programs have drawn increased scrutiny from Washington not only because of counterintelligence and intellectual property (IP) theft risks but also because these programs are leveraging taxpayer-funded research to advance the PRC’s economic development and military modernization,” the report said.
The US government has begun to take steps to mitigate the risks posed by China’s Talent Superpower Strategy. “However, more can be done by government-funded laboratories, research institutions, and private industry to identify potential counterintelligence and IP theft risks posed by individuals whose talent the PRC is seeking to leverage in its race for scientific and technological dominance,” the report added.
The report also said that it is an urgent national security imperative for like-minded nations to work together to protect their innovation centres and compete with China to attract, retain, and protect leading talent. (ANI)