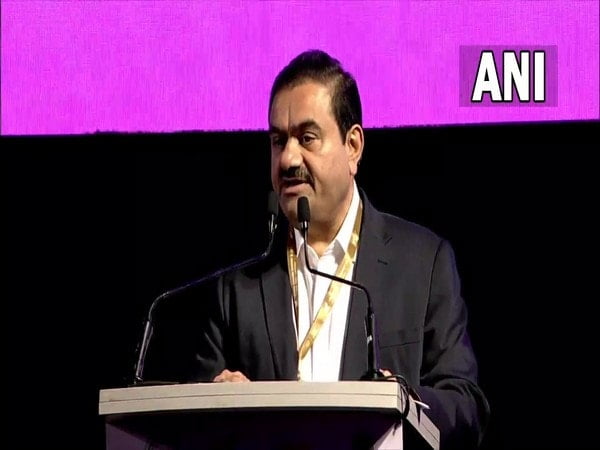 Singapore, September 29 (ANI): China, which was once seen as the foremost champion of globalization could face serious obstacles in its path to reviving its economy and will likely have to face isolation with global investors seeking other avenues, according to business conglomerate Gautam Adani.
Adani listed out increasing nationalism, supply chain risk mitigation, and technology restrictions among the challenges that could impact the second largest economy in the world.
Adani made these remarks while delivering the keynote address at the 20th Forbes Global CEO Conference held in Singapore.
The Adani Group Chairman cited China’s housing and credit risks ad compared it to what happened to Japan’s economy in the “lost decade” of the 1990s.
He said that while he expects all these economies will readjust over time – and bounce back “but the friction of the bounce-back looks far harder” this time around for China.
“I anticipate that China – that was seen as the foremost champion of globalization – will feel increasingly isolated. Increasing nationalism, supply chain risk mitigation, and technology restrictions will have an impact. China’s In his nearly 30-minute-long address, Adani also spoke about India’s economic prospects. Talking about India, he said it’s economy is far from perfect but the essence of the country’s democracy lies in its imperfection.

“What many see as India’s imperfections reflects a thriving and a noisy democracy. Only the free can afford to make noise – to have their imperfections visible. To over-manage this would be to destroy India’s unique ability to express its diversity,” Adani said.
Adani, who recently surpassed Amazon CEO Jeff Bezos to become the second richest man in the world, pointed out that India has just become the world’s fifth largest economy and is posed to be the world’s third largest economy by 2030.
“The fact is India’s real growth is just starting – as it goes from its 75th year of freedom this year – towards its 100th year of independence. Our country calls this period – Amrit Kaal. Meaning the perfect period for beginning a better tomorrow,” he said.
Envisioning the next 25 years of India, Adani said,”India will comfortably become a country with 100 per cent literacy levels. India will also be poverty-free, well before 2050.”
He said India will also be the country that attracts the highest levels of foreign direct investment given the sheer scale of consumption of 1.6 billion people.
“We will be the country that will go from a 3 trillion-dollar economy to a 30 trillion-dollar economy, a country with a stock market capitalization of 45 trillion dollars, and a country that will be supremely confident of its position in the world,” he added.
Further elaborating on growth opportunities in India, Adani said India is full of incredible opportunities and its real growth story is just starting.
“This is the best window for companies to embrace India’s economic resurgence and the incredible multi-decade tailwind the world’s largest and most youthful democracy offers,” he said. (ANI)