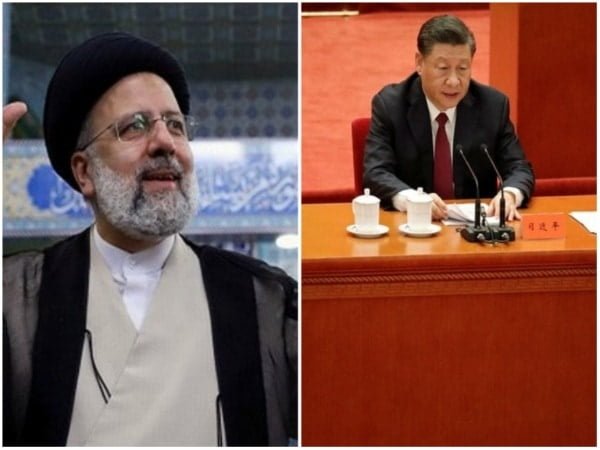 Chinese president Xi Jinping is scheduled to meet with Iranian President Ebrahim Raisi on September 16 at the SCO Summit in Samarkand, Uzbekistan.

The 22nd Summit of the Council of Heads of the Shanghai Cooperation Organization Member States (SCO-CoHS) is set to commence on September 16 in Samarkand, Uzbekistan after two years of the COVID-19 pandemic.

The meeting between the two leaders comes in the wake of fading optimism on reviving the Iran nuclear deal with the US, which withdrew from the agreement in 2018, and is yet to get a response from Tehran on Washington’s proposal for a probe into traces of undeclared nuclear material.

Much of China’s game in the Middle East will be successful when Iran remains isolated and continues to singe from sanctions.

China is also seeing Iran as a friend who can fulfil its two prominent goals–strategic and energy security, reported Al Arabiya Post.

The more Iran’s nuclear deal remains unresolved; the more Tehran remains isolated in the international arena– a perfect condition for China to suck the Middle-East country into its game plan in the Indo-Pacific region.

Already brought into the ambit of the China-dominated Shanghai Cooperation Organisation (SCO) and waiting to be included in the BRICS, Iran finds in the authoritarian regime of Beijing, an ally who can help it overcome its economic crisis and end international isolation.

Chinese authorities must be thankful for the current geopolitical situation(Russia-Ukraine war) in the world as Beijing is able to quickly source cheap oil from Iran and fill its oil reserves.

Chinese refiners, in view of the competitive price of Iranian oil, have sought more imports from Tehran in subsequent months.

China is a lone buyer of sanction-hit Iran globally, accounting for more than 6 per cent of Beijing’s total oil imports. Beijing has long opposed the US and the European Union’s sanctions on Iran and Russia.

Over the years, China has also made investments in Iran’s mining and transportation sectors. This has helped Beijing in securing unhindered access to Iran’s natural gas and oil reserves.

However, since China’s interest lies in expanding its footprint in the Indo-Pacific region, Iran is eyed by Beijing for its sharing of approximately 97,860 sq km long coastal line with the Persian Gulf and its strategic positions around the Strait of Hormuz and the Bab al-Mandab Strait, reported Al Arabiya Post. (ANI)

ALSO READ:  Minority women at risk in Pakistan due to forced conversion, marriages