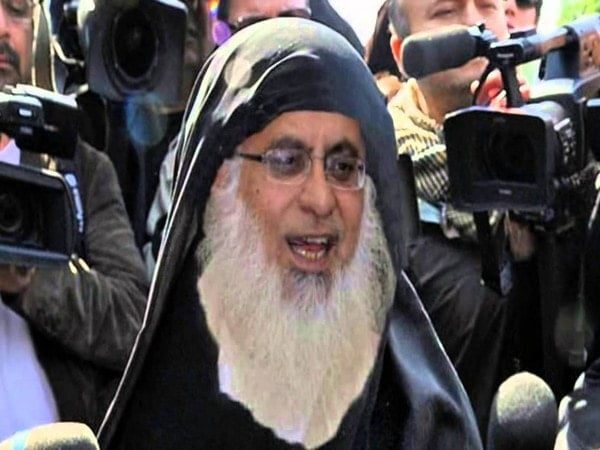 Islamabad [Pakistan], September 15 (ANI): Controversial cleric Maulana Abdul Aziz is once again under the spotlight for testing the nerves of the Pakistani government by occupying the state-owned Lal Masjid and reiterating his claim to be its Khateeb (the sermon-giver), media reports said.
Maulana Aziz is famous for maintaining his track record of delivering fiery sermons and lambasting state authorities. Later, Dawn reported that nearly 200 people, including teenagers and minors, occupied the worship place once again on Tuesday under the leadership of the controversial cleric.
In a bid to contain the situation, the police cordoned off Lal Masjid with the help of a well-equipped contingent and barbed wire. The cleric, along with the gathering, was inside the mosque. On the condition of anonymity, some officials told Dawn that a few dozen people claiming to be natives of Rojhan city of Pakistan’s Punjab province came to Lal Masjid.

After getting a tip-off over their presence, police reached the area and asked them to leave, to which they agreed. However, later, over 200 people under the leadership of Maulana Aziz moved from Aabpara (a neighbourhood in Islamabad) to the mosque.
Once again, the police reached the spot and asked the cleric to avoid creating a scene and leave the area, reported Dawn. The siege was a difficult one for the police to get it rid of as the police, including the station house officer (SHO) Aabpara, tried to intercept the people but remained unsuccessful as some of them were armed with SMGs, Dawn reported citing the officers said.
The police were informed by members of the group that they had come to take possession of the mosque. Later, they entered the mosque and the gunmen took positions at the gates, police said, adding hours later, officials concerned sent a contingent to assist the area police.
The mosque was cordoned off after the contingent reached there, they added. The acting public relations officer of the police, when contacted, said a meeting was going to take place over the issue. He said he would contact senior officers for their comments.
The cleric has remained defiant to the repeated warnings by the police over such actions. (ANI)

COVID deaths lowest since March 2020, end of pandemic in sight: WHO