CPL: Third win in a row keeps St Lucia in chase for play-offs 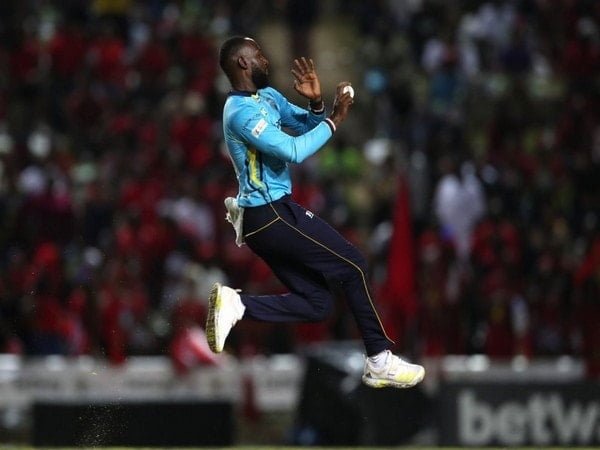 Port of Spain [Trinidad & Tobago], September 20 (ANI): Saint Lucia Kings made it three wins on the spin in the Caribbean Premier League (CPL) with a thrilling one-run victory over the Trinbago Knight Riders.
The Knight Riders won the toss and opted to field first and that decision appeared to have backfired when Johnson Charles’ half-century got the Kings off to a lightning start.
Although the Knight Riders pegged the Kings back in the middle overs, a devastating 33 off 14 balls from David Wiese ensured the Knight Riders were set a very difficult 148 to win.
The Kings had got off to a flier in the PowerPlay with the tournament’s top scorer Charles hitting another barnstorming fifty. His partnership with Niroshan Dickwella added 59 runs before Ravi Rampaul carried on his good form by removing the latter.
When Rampaul removed the set Charles it led to a squeeze on the Kings scorecard as 82/3 quickly became 117/5. However, David Wiese was able to produce excellent counter-attacking innings at the death to help the Kings post a challenging 147.

The Knight Riders’ task became difficult when they lost three early wickets inside the PowerPlay including that of Nicholas Pooran for a duck. They never really recovered from that and left themselves too much ground to make up in the back end resulting in the narrow defeat.
The Knight Riders lost Leonardo Julien, Colin Munro and Nicholas Pooran inside the powerplay to Roston Chase.
That left the middle and lower order too much to do and despite a late bid by Andre Russell in the final over of the game, it was too little too late.
Brief scores: St Lucia Kings 147/6 in 20 overs (Johnson Charles 54, David Wiese 33, Ravi Rampaul 2/20, Sunil Narine 2/31) beat Trinbago Knight Riders 146/6 in 20 overs (Tim Siefert 44, Kieron Pollard 34, Roston Chase 3/17, Alzarri Joseph 2/26) by one run.
Man of the match: Roston Chase. (ANI)

Minority women at risk in Pakistan due to forced conversion, marriages