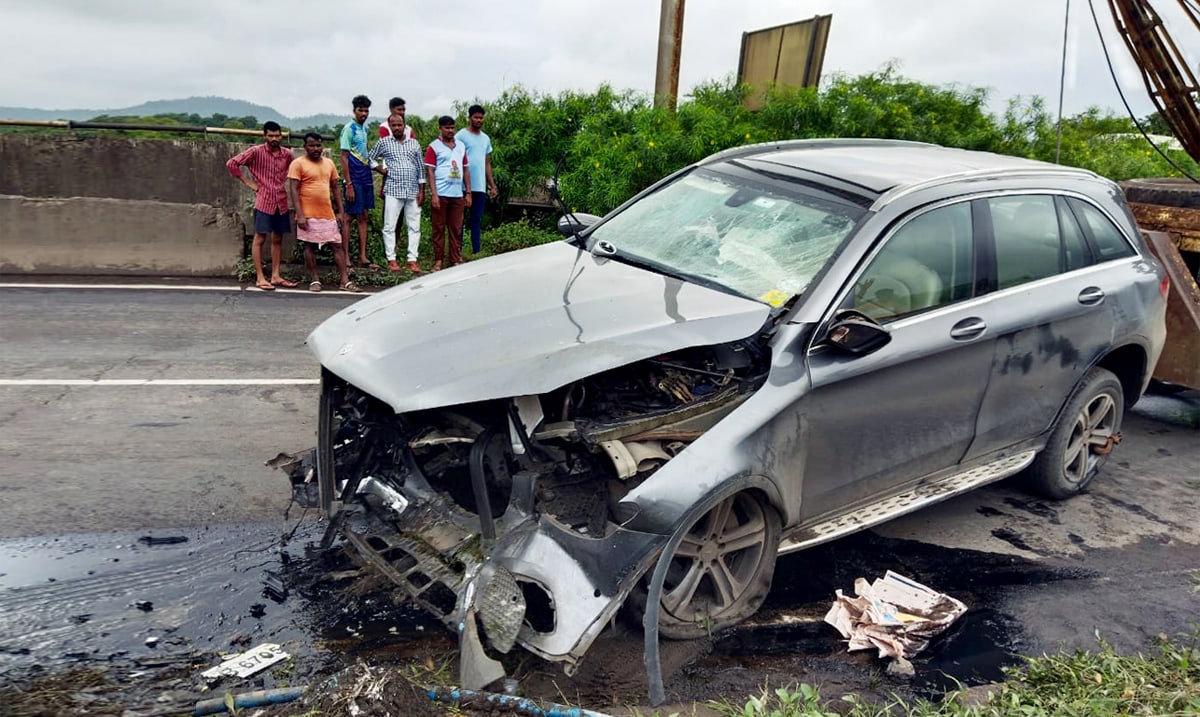 The driver of the car in which Cyrus Mistry was travelling lost control due to ‘over-speeding’ and rammed into the divider, said Palghar Police told the media on September 4.

Former Tata Sons chairman Cyrus Mistry was killed in a road accident near Mumbai on September 4. According to Palghar Police, Mistry was travelling from Ahmedabad to Mumbai when his car hit the divider.

“Prima facie, it looks like the car driver lost control. Cyrus Mistry’s mortal remains are at a government hospital in Kasa. An accidental death report (ADR) is being filed by the police, as per procedure,” Palghar Police sources told news agency ANI.

Police said there were four people including a woman in the car. Two people died on the spot, including Mistry, while the other two were shifted to hospital. Apart from Mistry, another deceased has been identified as Jahangir Dinsha Pandole. The injured Anayata Pandole and Darius Pandole are currently undergoing treatment at a hospital.

“Around 3 pm, the car met with an accident as it crashed into a divider on the bridge above Surya River while travelling from Ahmedabad to Mumbai. Four people were inside, out of them two people died on the spot and the rest two were shifted to a hospital,” said Palghar superintendent of police Balasaheb Patil.

“The untimely demise of Cyrus Mistry is shocking. He was a promising business leader who believed in India’s economic prowess. His passing away is a big loss to the world of commerce and industry. Condolences to his family and friends. May his soul rest in peace,” the prime minister said in a Twitter post.

“Shocked to hear about the passing away of former Tata Sons chief Cyrus Mistry. He was not only a successful entrepreneur but also was seen in the industry as a young, bright and visionary personality. It is a great loss… My heartfelt tribute,” said CM Shinde.

“Deeply saddened to know about the unfortunate demise of ex-chairman of Tata Sons, Cyrus Mistry Ji in a road accident near Palghar, Maharashtra. Sincerest condolences to his family members. May he Rest in Peace,” tweeted Gadkari.