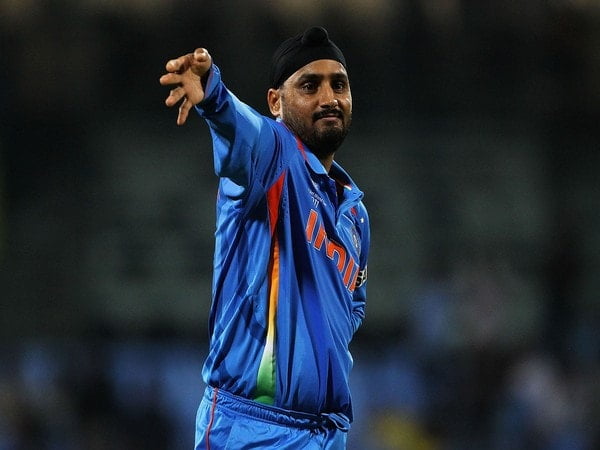 Abu Dhabi [UAE], September 29 (ANI): With the dust having settled on the Official Player Draft for Abu Dhabi T10’s Season 6, Delhi Bulls have added bite and guile to their bowling line-up, bringing on board ace off-spinner Harbhajan Singh.
The sixth edition of ‘Cricket’s Fastest Format’ will be held over 13 days from November 22 to December 4, 2022. Past Abu Dhabi T10 champions include the Kerala Kings, Maratha Arabians, and Northern Warriors who have twice taken the title & most recently the Deccan Gladiators.
The former India international joins his ex-CSK teammate, the Champion Dwayne Bravo who will also lead the side for this season. The 2-time runners-up have exciting young stars such as Tim David, Rahmanullah Gurbaz, Will Jacks, Dominic Drakes, and Fazalhaq Farooqi among others. The team is coached by Andy Flower.

Harbhajan, who made his international debut in 1998, has won the 2007 T20 World Cup and the 2011 ODI World Cup with India in a career that has spanned over two decades. Harbhajan, who is also known as Bhajji, has bagged 711 wickets in his international career and finished with three IPL winner’s medals.
Speaking ahead of his first season in the dynamic T10 format, Harbhajan Singh said, “This is a very interesting and new challenge for the bowler in me and I am delighted to be playing for the Delhi Bulls in the Abu Dhabi T10 this year. It won’t be easy for the bowlers, but I hope to make my mark here and help my team win its first title in the tournament. I have had wonderful interactions with the team owner – Neelesh Bhatnagar, who’s a dear friend and I am impressed by his commitment to this team for the last 5 years.
Shaji Ul Mulk, Chairman, T10 Sports Management said, “It’s great for the Abu Dhabi T10 that a player like Harbhajan Singh has joined the league for the 6th season. With such a strong pool of world-class players present in the competition, the tournament promises to be one of the biggest events in the international cricket calendar.”
Delhi Bulls Team Owner, Neelesh Bhatnagar expressed his delight at signing the legendary cricketer, saying, “Harbhajan Singh is a legend and he has won many games for India and all the other teams he has played for. I am delighted to have him in the Delhi Bulls corner, and I am quite confident that he will be one of the most followed cricketers in the Abu Dhabi T10. Not only am I sure that he will contribute with the ball, but his experience will help mentor the other players in the squad.”
Delhi Bulls Season 6 Squad – DJ Bravo (c), Harbhajan Singh, Tim David, Rilee Rossouw, Rahmanullah Gurbaz, Imad Wasim, Will Jacks, Fazalhaq Farooqi, Dominic Drakes, Najibullah Zadran, Richard Gleeson, Keemo Paul, Mitchell Stanley, Jordan Cox, Shiraz Ahmed, Kernel Zahid and Aayan Khan. (ANI)

IIFA Awards to be held in Abu Dhabi again