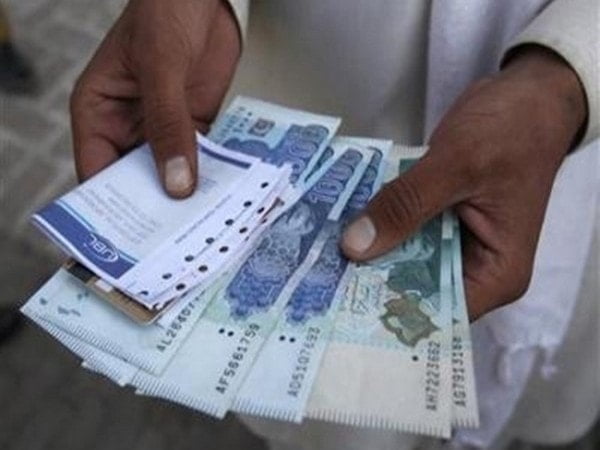 Islamabad [Pakistan], September 27 (ANI): Despite the inflow of International Monetary Fund (IMF) loans, Pakistan’s currency continues to fall.
The government’s error of judgment in paying the import bills unnecessarily on the advice of a coalition partner has depleted the foreign currency reserves, reported The News International.
The move caused a massive rupee devaluation in September despite approval of the IMF loan, claims a source in the ruling Pakistan Muslim League – Nawaz (PML-N).
However, sources close to Pakistan’s outgoing finance minister, Miftah Ismail believe that the import bill payments were not the reasons for rupee devaluation.
Credit default risk perception, devastating floods and the Afghan factor were the major reasons that contributed to the rupee devaluation, believe the sources, reported The News International.

Notably, the depreciation of the Pakistani rupee comes in the wake up of change in the Finance Ministry. PML-N leader Ishaq Dar is ready to take charge as the new finance minister of the country replacing Miftah Ismail.
Sources close to the new finance minister Ishaq Dar claim that he has done his homework to control devaluation.
Within the first three months, he will bring the rupee value against the US dollar to Rs 200, the sources further claimed, reported The News International.
To a question about what different will Ishaq Dar do that his predecessor Miftah Ismail failed to do, the sources claim Dar has plans to reduce the power tariff, reactivate the National Price Committees to bring down inflation and ensure a strict policy toward foreign exchange currency market.
According to the sources, Pakistan’s export industry relies on imported goods (65 per cent) which contributes to a huge import bill.
There is a need to review the export policy. If necessary, Dar will focus on the targeted subsidy to the export sector. In the past, Dar committed the targeted subsidy to the export sector and he fulfilled his commitment in this regard, reported The News International. (ANI)