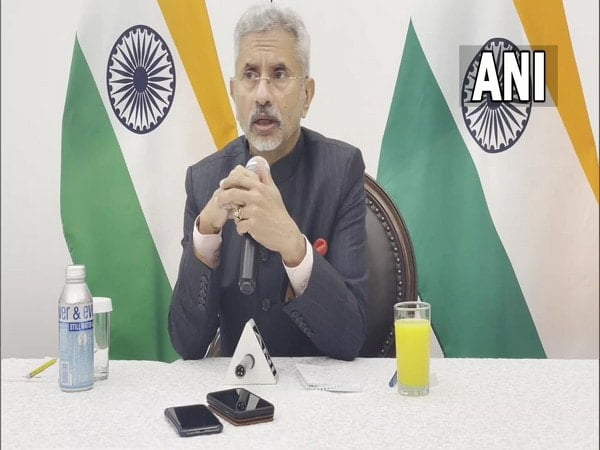 New York [US], September 25 (ANI): External Affairs Minister S Jaishankar on Saturday said that he and his Russian counterpart Sergey Lavrov discussed various issues including Ukraine, G20 and UN reforms.
While responding to a query over meeting with the Russian counterpart, Jaishankar at the special briefing said that they have discussed host of issues.
“We discussed a number of issues. Some part of my meeting was focused on our bilateral cooperation because you know, Russia is a major partner in many domains. And obviously, there are big issues, which focus on both the Russians and the rest of the world. The relationship has to address its own requirements and its processes and its objectives… Then we some detail about issues related to Ukraine. A lot of it was he briefed me about various developments from the Russian perspective. I also shared with him, you know, what I picked up from some of the others. So that was a back and forth conversation,” he said.
External Affairs Minister further said that they also held deliberations on G20 and at last, they had a conversation on UN reforms.
Recalling the meeting with Lavrov, Jaishankar said that have met for four times, one was “in Pnom Penh and then Bali and he had come to Delhi before that.”
During the conference, he also said that there is a need for reforms and to develop some kind of practical path towards it.
While answering a question over America’s refusal to expand the UN Security Council, Jaishankar said that there were many member countries who spoke about this “explicitly” on this from the podium.
“I think everybody says to shift and it’s something which others actually brought up with me. So now, what the US said, and to some extent, what Russia has said. And by the way, there were some other countries as well, who spoke very explicitly on the from the podium.”
During a meeting with Ukrainian Prime Minister Denys Shmyhal, Jaishankar said, “he gave me his perception, his assessment of what you know, what was happening in Ukraine. In terms of India. I think. We had a discussion on what was our position and my sense was that he clearly appreciated the fact that we were good against the continuation of the conflict and for the return to dialogue and diplomacy.”
“Of course, he had his own views on who you know why this was not happening. I mean, go nothing. He said, you will be surprised but then I think the humanitarian assistance issue came up. And there were some specific aspects of the ground situation that he brought up, which he believed were concerns for the international community as a whole. This included you know, there was discussion on the what had what had been the progress on grain the concern about fertiliser the … there’s a nuclear power plant issue. So, so you know, all this we’re part of this is overall sort of description,” he added.
Jaishankar also recalled the meeting of ambassadors with Ukrainian since the conflict began. “So from our perspective, it was the first contact at that high level that we had, so I think it was natural that he should spend some time giving us the Ukrainian view of the contract,” he added.
During the briefing, Jaishankar told about his various engagements with other counterparts. He also said that India has been perceived today as the voice of the Global South. “There is a huge crisis right now in the world economy under where the costs of food the cost of fuel, you know, the worry about fertilisers. These are very deep anxieties for a lot of countries’ debt, the debt situation for example, and there is great frustration that these issues are not being heard. They’re not being voiced.”
While elaborating about having numerous engagements with over 100 counterparts of other countries, he said that India is one such country which became a voice for unheard countries on the global platforms.
” They’re not going up the chain in the global consoles. And to the extent, there is anybody at all who’s speaking up and voicing the sentiments it is India and therefore, part of the reason why I think there were so many meetings with my counterparts was the gut feeling that you know, this is a country which speaks for many of us,” he added. (ANI)