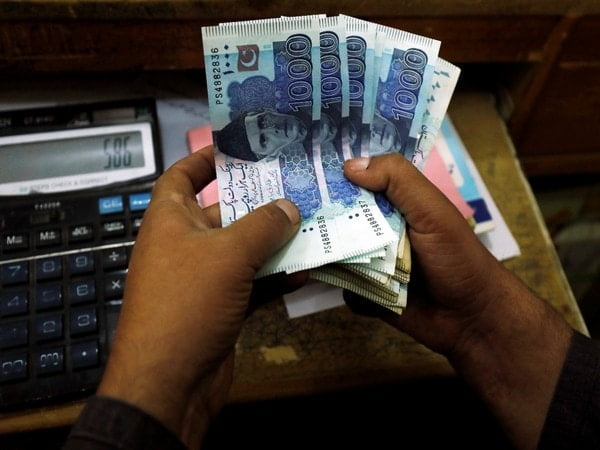 Islamabad [Pakistan], September 23 (ANI): Pakistan needs an overhaul of economic policy as the country is facing its worst ever floods in history accompanied by a huge resource gap despite getting emergency loans from global financial bodies for the reconstruction.
The pressure of the resource gap is mounting as Pakistan is unable to seek foreign aid or loans due to its non-performing economy with slow growth, twin deficits, shrinking foreign exchange and uncontrolled inflation, reported Financial post.
Due to poor macroeconomic indicators, its sovereign credit rating has slipped to non-investment grade. Citing Pakistan’s weakening economic condition, Moody’s, Fitch, and S&P Global – all major global rating agencies – downgraded Pakistan’s long-term rating from stable to negative in July. These agencies had also highlighted the country’s weakening external position, higher commodity prices, rupee depreciation and tighter global market conditions.
It is evident from the recent disclosure of Finance Minister Miftah Ismail stating that “none of the friendly countries is ready to financially support Pakistan” because it “has an imbalanced economy”.
Recently, Pakistan got restored the IMF’s Extended Fund Facility (EFF) and the World Bank’s intent of clubbing two of its policy loans over USD 1 billion and the Asian Development Bank’s (ADB) indication to provide approximately USD 1.5 billion emergency loans.
The problem has in fact prompted the Pak Government to levy an unpopular super tax with three rates Rs 3000/-, Rs 5000/- and Rs 10,000/- to collect Rs 41 billion tax from shopkeepers and an additional tax of 5 per cent on manufacturers having zero contribution to exports, reported Financial Post, reported Financial Post.
The decision of the IMF to extend EFF to the end-June 2023 and re-phasing and augmentation bringing the EFF to USD 6.5 billion would give only temporary relief. The 7th and 8th tranches would release about USD 1.17 billion under EFF for Pakistan.

Islamabad is experiencing huge differences between imports and exports. And despite recent measures taken to ban the import of various items, Pak imports continue to rise.
While policymakers in Islamabad are firefighting to manage the economy in the aftermath of catastrophic floods, the funds arranged by the IMF to avert a default in foreign debt are also causing a lot of pressure on the economy due to stringent conditionality on the country which has seen very fragile growth during COVID-19 period and accumulated unsustainable debt and current account deficit over time, reported Financial Post.
Moreover, the IMF conditionality includes hiking power tariffs, imposing a levy on petroleum, higher revenue mobilization and restraining expenditure to reduce the fiscal deficit, continued adherence to market-determined exchange rate and setting up an anti-corruption task force to curb graft in government departments.
Further, Pakistan is unable to boost its exports to overcome its ever-belonging trade deficit. Due to a lack of diversification and value addition, many industries could not contribute to the country’s export basket but kept on importing raw materials to cater to internal markets, reported Financial Post.
For increasing exports, Pakistan needs to focus on its comparative advantage and collaboration with foreign companies which could help industrial growth through technology transfer as well as providing capital for industrialization. Just relying on China has not helped much and would not do well even in future.
Pakistan is also facing other pressures. The Power Purchasing Agreements (PPA) of the China-Pakistan Economic Corridor (CPEC) is a contentious issue between Pakistan, China and the IMF and the main condition is to “reduce circular debt flow through reducing power generation costs and retargeting electricity subsidies”.
Pakistan cannot achieve macroeconomic stability until its power sector is fixed. The IMF has also flagged the abrupt growth slowdown in China as a major concern as its financial elbow room leverage, a key strategic partner, is shrinking, reported Financial Post. (ANI)

Jaishankar meets his Saudi counterpart on sidelines of UNGA