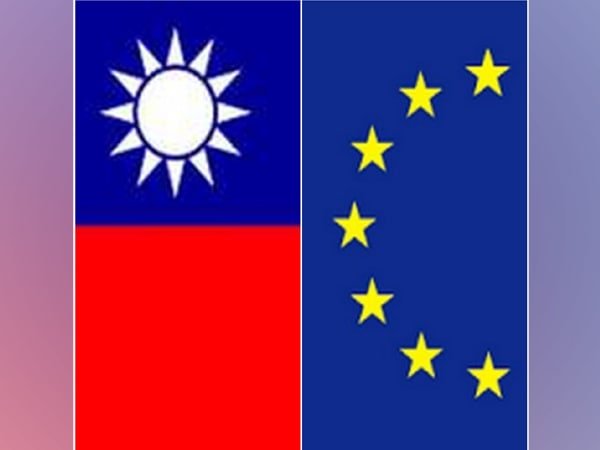 Brussels [Belgium], September 18 (ANI): European Parliament strongly condemned the recent Chinese aggressive military exercises in the Taiwan Strait, while calling for strengthened EU relations with Taipei, as per a release by the EU’s law-making body.
In a resolution adopted on Thursday, the Members of Parliament (MEPs) denounce China’s recent and unprecedented live-fire military exercises in the Taiwan Strait, which began in August 2022 following a visit to Taiwan by the Speaker of the United States House of Representatives Nancy Pelosi.
They also demanded that the Chinese government refrain from any measures which could destabilise the Taiwan Strait and regional security. MEPs approved the text with 424 votes in favour, 14 against with 46 abstentions.

It said that the rest of the EU should follow Lithuania which recently announced plans to open a trade representation office in Taipei in the autumn of 2022. EU countries who do not yet operate a trade office in Taiwan should, MEPs say, should follow Lithuania’s example and strengthen their bilateral relations with Taiwan.
Noting Taiwan’s status as a like-minded EU partner, its strategic trade position, and the country’s leading role in the global supply chain of key high-tech sectors, including for semiconductors, Parliament called on the EU to strengthen its relations with the democratically-governed island.
MEPs repeated their request for the European Commission to launch, without delay, an impact assessment, public consultation and scoping exercise on a Bilateral Investment Agreement with the Taiwanese authorities.
Acknowledging that the EU continues to maintain its principled ‘One China’ policy position as the basis for EU-China relations, MEPs reiterated their position that the status quo in the Taiwan Strait must not be changed unilaterally and they oppose the use or threat of force.
The text also stressesed that “on the democratic island of Taiwan, it is up to the people to decide how they want to live”. (ANI)