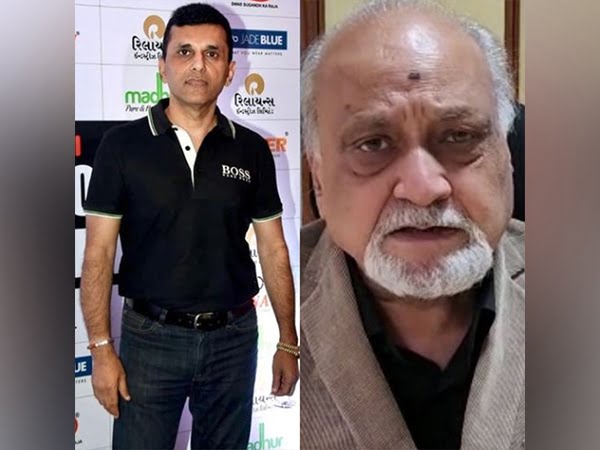 New Delhi [India], September 21 (ANI): Bollywood film producers Anand Pandit and T. P. Aggarwal, who shared a close relationship with Raju Srivastav, have mourned the demise of the late comedian.
Anand Pandit, who has known Raju since around 1998 and has helped the comedian by promoting him over the years, said, “I am in tears. He was one of those souls that always touched my heart. I still remember that around the year 1998, he came to me asking for a break. Just the things he talked to me about for 10-15 minutes in my office made me realise that he is going to be very successful, that is how I started promoting him.”
He added, “Two months back there was a party at my place, there till 2 am he made people laugh. He has always spread happiness and never said no to me for anything. He was such a good person that I am lost for words. I am just in tears.”

Meanwhile, T.P. Aggarwal remembered Raju by praising his work and acknowledging the comedian’s achievement.
He said, “Ever since I have come to know about Raju Srivastav Ji’s demise my heart has been broken because I knew Raju Ji for 25-30 years. The name he has made for himself in the field of comedy and his achievements like being the Chairman of Noida Film City are all the results of effort and labour. He was a very nice and sober man, a lovely person. What more can I say, all I have are condolences for his family and wherever his soul is, may God take care of him.”
Raju has been in the entertainment industry since the 1980s and shot to fame after participating in the first season of the reality stand-up comedy show ‘The Great Indian Laughter Challenge’ in 2005.
The comedian died on September 21 after 41 days of hospitalisation at the All India Institute of Medical Sciences (AIIMS). Raju was admitted to the hospital on August 10 after he experienced chest pain and collapsed while working out at a gym. For over a month after the comic was admitted to the hospital, he had been on a ventilator. (ANI)