Have plans to marry but in no rush, says Pak FM Bilawal Bhutto on sidelines of UN General Assembly 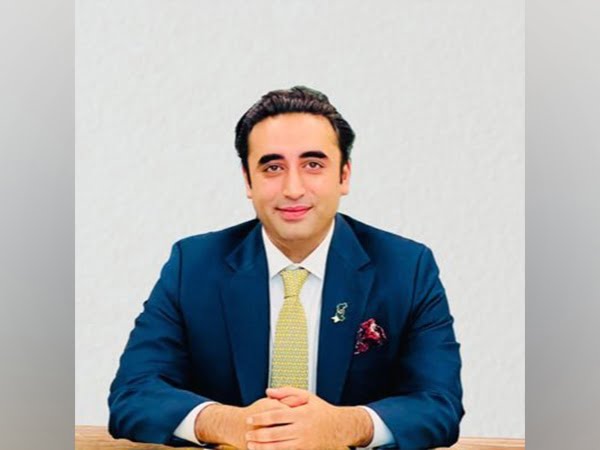 ANI Photo | Have plans to marry but in no rush, says Pak FM Bilawal Bhutto on sidelines of UN General Assembly

New York [US], September 24 (ANI): Pakistan Foreign Minister Bilawal Bhutto-Zardari, who is considered one of the most eligible bachelors in his country, has revealed plans to marry, on the margins of the United Nations General Assembly (UNGA).
When asked by Arab News if he plans to marry, Bilawal Bhutto replied, “Of course, I have plans to marry.” But added that he is in “no rush.”
Bilawal Bhutto, the chairman of the Pakistan Peoples Party (PPP), took over as the 37th Foreign Minister of the country in April this year.
He is the son of former Prime Minister of Pakistan Benazir Bhutto and former Pakistan President Asif Ali Zardari.
Bilawal Bhutto is considered one of the key architects who helped oust Pakistan Tehreek-e-Insaf (PTI) chief Imran Khan from power in April.

The Pakistan foreign minister is currently in New York to attend the 77th session of UNGA.
On Friday, Bilawal Bhutto called for generous international support during the next phases of rehabilitation and reconstruction due to the Pakistan floods.
Addressing a press conference on the sidelines of the 77th session of the UNGA, he called for “climate justice” for Pakistan.
“This is a tragedy of monumental proportions,” the Pakistan FM was quoted as saying by The Nation newspaper in New York.
According to Bilawal, the total flood damage in Pakistan was over USD 30 billion, 10 per cent of its gross domestic product (GDP), with one-third of the country under water. (ANI)

“Still remember the bowl out, tipping my hat in celebration”: Robin Uthappa on 15th anniversary of 2007 T20 WC win