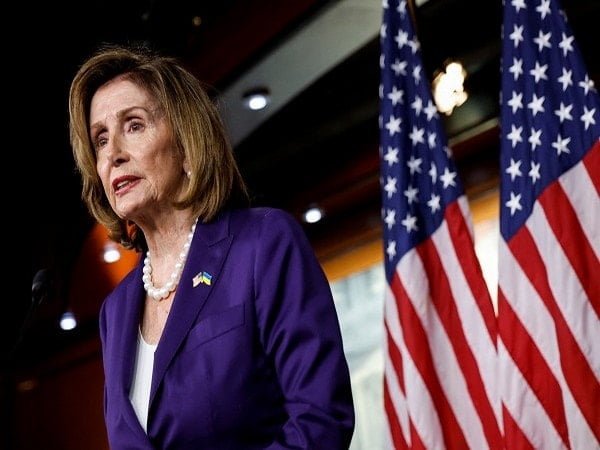 Yerevan [Armenia], September 18 (ANI): US House Speaker Nancy Pelosi will lead a congressional delegation to Armenia in the backdrop of Yerevan’s recent flareup with neighbouring Azerbaijan that resulted in the deaths of more than 200 people earlier this week, media reports said.
Pelosi is the highest-ranking American official to visit Armenia since it gained independence 30 years ago. The trip was seen as a political move by Pelosi ahead of the midterm elections in November, reported The New York Times.
“The US Embassy in Armenia will welcome a U.S. Congressional Delegation led by Speaker of the U.S. House of Representatives Nancy Pelosi to Yerevan later today,” said the US Embassy in Armenia in a statement.
Speaker Pelosi will engage in the strong partnership between the United States and Armenia, “rooted in shared democratic values and long-standing ties between our peoples.” She will be joined by Chairman of the House Committee on Energy and Commerce Frank Pallone, and, Representatives Anna Eshoo, and Jackie Speier.

During the delegation’s September 17-19 visit, Speaker Pelosi will meet with Prime Minister Nikol Pashinyan, Speaker of the National Assembly Alen Simonyan, and other senior Armenian officials to discuss US-Armenian relations and the current security situation.
Speaker Pelosi will also address the press, participate in a wreath-laying ceremony at the Armenian Genocide Memorial, and deliver a speech at the Cafesjian Center for the Arts, which will be live-streamed.
Notably, Nagorno-Karabakh broke away from Azerbaijan with Armenian support after a bloody post-Soviet conflict in the early 1990s. In 2020, Azerbaijan and Armenia fought a war over the region and Baku successfully won back part of the territory controlled by the separatists.
Under the terms of a subsequent ceasefire, Russian peacekeepers were deployed to protect the remainder of the separatist-held territory. Both sides accuse each other of breaches, and in recent days violence has flared.
The decades-long conflict between Azerbaijan and Armenia escalated in Nagorno-Karabakh in 2020 and left thousands of casualties on both sides. Russia mediated a trilateral ceasefire declaration in November of that year and the sides agreed to the deployment of Russian peacekeepers in the region. This caused a political crisis in Armenia, where many view the ceasefire as a defeat in the prolonged conflict and blame Prime Minister Nikol Pashinyan. (ANI)