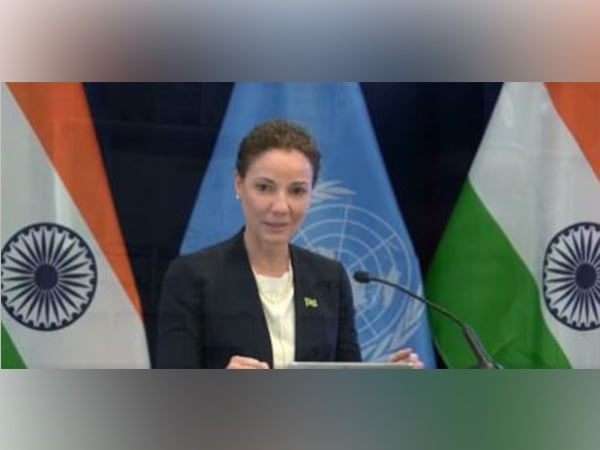 New York [US], September 25 (ANI): Expressing gratitude towards India for its assistance during the COVID-19 pandemic, Jamaica Foreign Minister Kamina J Smith on Saturday (local time) said that Kingston is grateful to the Prime Minister Narendra Modi-led Indian government, and its people for the vaccines during the pandemic.
Addressing a high-level UN General Assembly session here, the Foreign Minister said that India is a reliable partner.
“From the very onset, India was a reliable partner whose assistance was critical to our pandemic response. India embraced a holistic and outward-looking vaccine diplomacy strategy. Jamaica was able to secure its first life-saving vaccines from India,” she said in New York.
The Jamaican Foreign Minister said. “While others chose to withhold supplies, India’s vaccine outreach exemplified its principles of equality and mutual benefit. We are deeply grateful to the Government, the people of India, led by Prime Minister Narendra Modi and External Affairs Minister Jaishankar.”
Under its “Neighbourhood policy” India has been shipping vaccine doses to other nations under its Vaccine Maitri initiatives.

India and Jamaica have traditionally enjoyed cordial relations based on democratic values, common linkages of history, a Parliamentary democratic system, membership in the Commonwealth, use of the English language and the love for cricket.
Guyana Foreign Minister Hugh Hilton Todd also hailed India in UNGA.
“Small countries like Guyana would have benefitted immensely from India’s growth trajectory as it has always been an economy that focuses on human development, putting humans ahead of any other form of development,” he said.
Even Maldives Foreign Minister Abdula Shahid also lauded India and said that New Delhi is a “valuable” partner in helping meet challenges in key areas ranging from disaster relief to economic development.
“Sanyukt Rashtra ke sath sajhedaari par Bharat ko badhai (Wishes to India for its partnership with the United Nations),” he said at the special event. “I warmly extend the Maldives congregation to India on their 75th anniversary of Independence and its productive partnership with United Nations,” he added.
The Maldives FM termed the partnership with India as a “valuable” one in the face of varied challenges. (ANI)