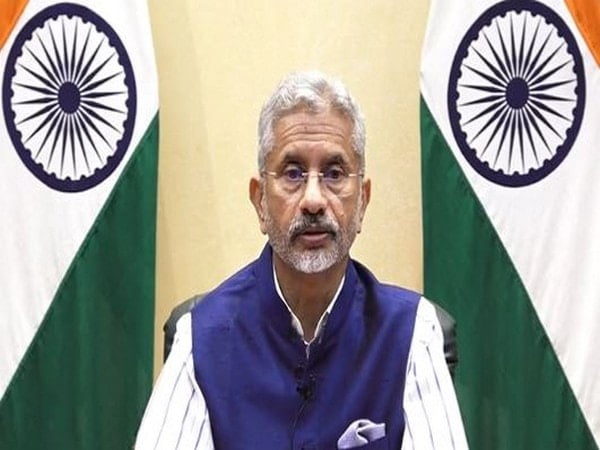 New Delhi [India], September 26 (ANI): Responding to National Commission for Minorities’ concerns over the reports of the abduction and forced conversion of a Sikh woman in Pakistan’s Khyber Pakhtunkhwa province, External Affairs Minister S Jaishankar informed the commission that India has raised the matter with the Pakistani counterpart through diplomatic channels.
On August 22, National Commission for Minorities chairman Iqbal Singh Lalpura urged Jaishankar to take up the matter with his Pakistani counterpart so that this kind of incident can be prevented in future, an official statement read.
While in a letter addressed to the NCM chairman on September 17, Jaishankar informed that the Government has taken note of the incident and as soon as the report of the incident was received, it also raised the matter with the Pakistani counterpart through diplomatic channels and conveyed “grave concerns” at the incident.

“The Government has also shared the concern in Indian society at the continued persecution of religious and ethnic minorities in Pakistan. Pakistan has also been called upon to ensure safety, security and welfare of the members of the minority communities in Pakistan, including their places of worship,” Jaishankar said in the letter, as per the statement issued by the National Commission for Minorities.
Pakistan’s dilemma of forced conversions and marriages put minority women at risk and the issue of securing rights for minority women has become particularly complex in the country.
On the evening of August 20 in the Buner district of Khyber Pakhtunkhwa province of Pakistan, Dina Kaur, a teacher belonging to the Sikh community, was forcibly abducted and converted to Islam. Despite massive protests by the Sikh community in the Khyber Pakhtunkhwa province over the incident, local police have failed to initiate any investigation into the abduction and forcible conversion of Dina Kaur.
As Pakistan moves in an increasingly conservative Islamist direction, the situation for Hindus, Christians and other religious minorities, especially that of women, is worsening, reported International Forum for Right and Security (IFFRAS).
Religious minority women and girls are abducted, forcibly converted, forcibly married and abused, and their families are unsuccessful in their attempts to challenge these crimes using legal avenues, reported IFFRAS. (ANI)