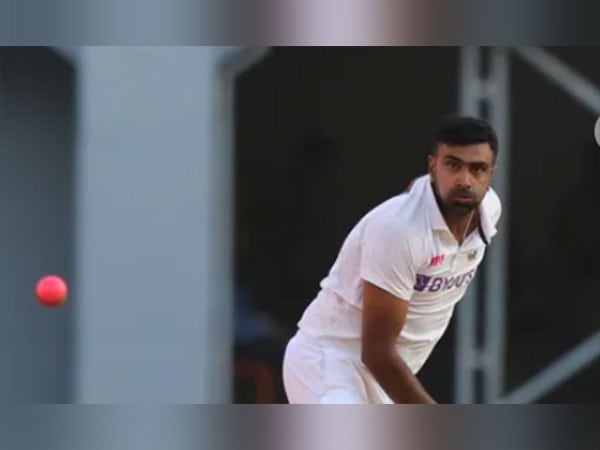 New Delhi [India], September 17 (ANI): Indian spinner Ravichandran Ashwin is celebrating his 36th birthday on Saturday and has several accomplishments to his credit.
Ever since his international cricket debut in 2010, he has established himself as a key part of the Indian team and has played a vital role in its success, especially in Test cricket. Here is a look at some of his records and major achievements.
-Ashwin is the eighth-highest wicket-taker in Test cricket history with 442 scalps. He is the second-most successful Indian Test bowler ever, next to spin wizard Anil Kumble (619). Muttiah Muralitharan of Sri Lanka has the highest number of Test wickets with 800 scalps.
-At 36 years of age, the spinner is among the top 20 most-successful international cricket bowlers ever, placed at number 19th with 659 international wickets. Muralitharan tops the chart with 1,347 international wickets.
-Ashwin is the fastest bowler to reach 250 Test wickets (45 Tests), 300 wickets (54 Tests) and 350 wickets (66 Tests) in the longer format. He is also the second-fastest bowler to reach 400 Test wickets (77 Tests) and the third-fastest to reach 200 Test scalps (37 Tests).
-The spinner has won a total of nine ‘Man of the Series’ awards in Test cricket, the second-highest in the format’s history next to Muralitharan (11) and the highest by an Indian.
-He has 30 five-wicket hauls in international cricket, the 10th highest in the format and the second highest by an Indian next to Anil Kumble (38). Muralitharan has the highest number of five-wicket hauls (77).

ALSO READ:  My partnership with Harleen was important: Harmanpreet after win over England in 2nd ODI