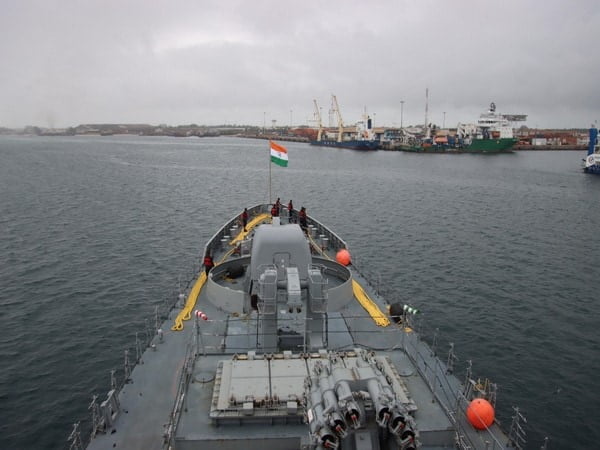 Her professional interactions will include discussions and drills on fire fighting and damage control, medical and casualty evacuation issues, and diving operations. There will also be familiarisation visits, the ministry added.
It said that the ship will also remain open to visitors and yoga sessions and social interactions are also planned during her stay at the harbour.
Reinforcing the Indian Navy’s commitment to maritime security, INS Tarkash is currently mission-deployed in the Gulf of Guinea (GoG) for anti-piracy operations.
Recently, the ship took part in a Joint Maritime Exercise with Nigerian Navy Patrol Ships on September 12-13.
The exercise provided an opportunity to strengthen interoperability between the Indian and Nigerian navies in various facets of maritime operations like anti-piracy, assistance to vessels in distress, SAR drills, and anti-air and anti-surface operations. It also helped enhance skills for naval interdiction and counter-piracy operations, according to Indian Navy officials.
The exercise marked India and Nigeria’s first joint operational deployment in support of anti-piracy operations in the GoG. (ANI)