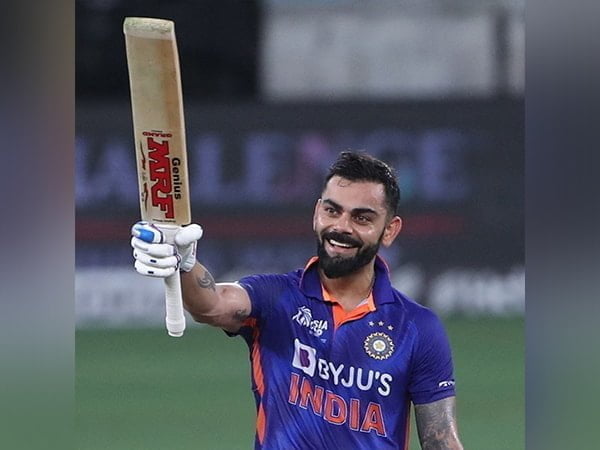 New Delhi [India], September 15 (ANI): Former India left-arm pacer Irfan Pathan picked his T20 World Cup team for the Men in Blue, with Virat Kohli batting at number three in the batting order.
Kohli ended the Asia Cup with an impressive 276 runs in five innings and a strike rate of 147.59. He was the tournament’s leading run-scorer after India’s game against Afghanistan, 64 runs ahead of second-placed Mohammad Rizwan.
His end-overs acceleration once set was the main feature of the hundred. He was on 59 off 40 going into the final five overs when he switched gears and plundered his next 63 runs off just 21 balls. Even as he approached a landmark that had evaded him for 1020 days, he remained calm. Playing on 94, he played a dismissive pull to complete his century, ending his jinx of not scoring a century. Kohli smashed 122* which is the highest score by an Indian player in T20I cricket. This is also recorded as the highest score in T20Is in UAE.
The ICC T20 World Cup will take place this year from October 16 to November 13.