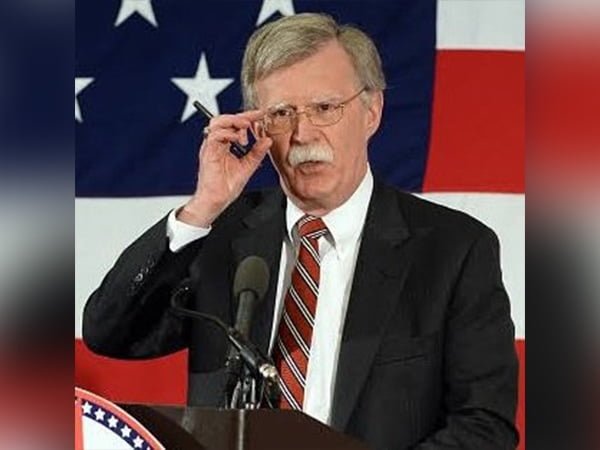 Kabul [Afghanistan], September 17 (ANI): The rapid growth of ISIS and the al-Qaida network in Afghanistan has put not only Afghanistan but also the region and the rest of the world in grave danger, John Bolton, a former adviser to the US National Security Council said in an interview with Voice of America, local media reported.
Speaking at the VOA interview, Bolton said that the ever-rising influx of international terrorists in Afghanistan should worry everyone in the world and added that US intelligence findings show ISIS and al-Qaida terrorist groups are restructuring in Afghanistan, reported Khaama Press.
Moreover, the former official also slammed the Taliban for its nexus with international terrorist groups. He highlighted that the Taliban since its takeover of Kabul last August has failed to comply with the provisions of the Doha Agreement to battle terrorism.
“The Taliban have proven once again that their words are not worth the paper they are printed on. They have created a worldwide danger, not only in Afghanistan,” Bolton said in the VOA interview.
In the backdrop of the US drone strike killing al-Qaida leader, Ayman al-Zawahiri, the former top official said that the Taliban has not fulfilled its commitments made under the Doha Agreement, especially with the stay of Zawahiri in Afghanistan, reported Khaama Press.
In the months after the Taliban seized national control, the Islamic State-Khorasan (ISIS-K) has managed to expand its reach to nearly all of Afghanistan’s provinces. This was stated by the UN mission in Afghanistan in November, reported Washington Post.

ISIS-K has also stepped up the tempo of its attacks, carrying out suicide bombings, ambushes and assassinations. ISIS-K began operating in Afghanistan in 2015. It was started by Pakistani national Hafiz Saeed Khan, who had pledged allegiance to then-Islamic State leader Abu Bakr al-Baghdadi in 2014.
Originally consisting mostly of Pakistani militants and based largely in the eastern Afghan province of Nangahar, it drew some recruits from the Taliban and other extremist groups.
The Islamic State follows a version of Salafism, an ultraconservative movement in Sunni Islam.
In Afghanistan, the Hazaras, a Shiite minority group, have been frequent targets of ISIS-K attacks. ISIS-K is led by Sanaullah Ghafari, also known as Shahab al-Muhajir, who is reported to be in eastern Afghanistan, according to the United Nations.
The Taliban has a history of close ties with al-Qaida, a rival to the Islamic State. Though Taliban leaders pledged in a 2020 agreement with the United States to prevent Afghanistan from becoming a haven for terrorist groups, the killing of al-Qaida leader Ayman al-Zawahiri in a US drone strike in Kabul last month seemed to indicate ongoing ties between the groups, reported The Washington Post.
Before the Taliban takeover, the United Nations estimated that ISIS-K had some 1,500 to 2,200 fighters in Konar and Nangahar provinces, along with smaller cells in other parts of the country. Islamic State leaders, who think the Taliban is not sufficiently extreme, denounced its victory last year.
Late last year, the core Islamic State group gave USD 5,00,000 in new funding to ISIS-K, according to the UN monitoring team. A Taliban intelligence official acknowledged in the fall that his group’s fight to overthrow the US-backed Afghan government allowed many Islamic State prisoners to escape. (ANI)