It is a definite option for us: India skipper Rohit Sharma on Virat Kohli opening in T20I World Cup 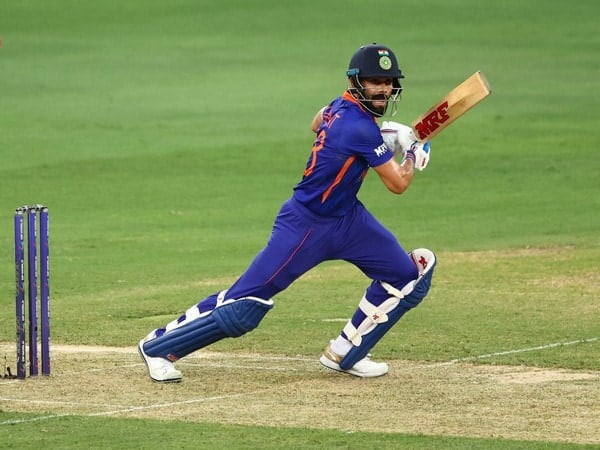 ANI Photo | It is a definite option for us: India skipper Rohit Sharma on Virat Kohli opening in T20I World Cup

Mohali (Punjab) [India], September 18 (ANI): Ahead of the clash against in the first T20I of the three-match series against Australia, India skipper Rohit Sharma opined on whether star batter Virat Kohli can be used as an opener in ICC Men’s T20 World Cup in Australia.
The three-match T20I home series against Australia will start on September 20 in Mohali. The next T20I match will take place in Nagpur on September 23, followed by the third and final T20I match in Hyderabad on September 25.
As India were dealt with many crucial injuries blow they still have much to look forward to and can take solace in the return to form of their star batter Virat Kohli. The 33-year-old had taken a month-long break from cricket to focus on his mental health and returned all guns blazing in the Asia Cup.
Kohli broke his century drought that spanned 1,020 days, scoring his 71st international hundred when he smashed an unbeaten 122 against Afghanistan. He finished as the second highest run-getter in the tournament with 276 runs at an impressive 92, striking at 147.59.
“We understand the quality of all our players and what they bring to us. But Virat Kohli opening is an option for us, we will always keep that in mind. Since we have not taken the third opener, he opens for his franchise and he has done really well while playing at that position, so it is a definite option for us,” said Rohit Sharma said in a pre-match press conference.

“We are so happy the way Virat played against Afghanistan, we haven’t taken the third opener in the World Cup so he is an option for us if needed in the mega event,” he said.
“It is always nice to have options available for you. It is important going into a World Cup that you have flexibility. You want the players to be in best shape batting at any position. When we try and do something new, that does not mean that’s a problem,” he added.
Mohammad Shami has been ruled out of the three-match T20I series against Australia after contracting COVID-19. Umesh Yadav has been named as Shami’s replacement for the three-match series
All eyes are on this T20I series against Australia and another home series against South Africa, starting from October 28, consisting of three ODIs and three T20Is. These will serve as quality match practice for Men in Blue for ICC T20 World Cup 2022, which will go on from October 16 to November 13 this year.
India squad for Australia series: Rohit Sharma (Captain), KL Rahul (vice-captain), Virat Kohli, Suryakumar Yadav, Deepak Hooda, Rishabh Pant (wicket-keeper), Dinesh Karthik (wicket-keeper), Hardik Pandya, R. Ashwin, Yuzvendra Chahal, Axar Patel, Bhuvneshwar Kumar, Harshal Patel, Deepak Chahar, Jasprit Bumrah and Umesh Yadav. (ANI)

ALSO READ:  Pakistan spends USD 450 million on F-16 package from US, amid USD 28 billion economic loss due to floods