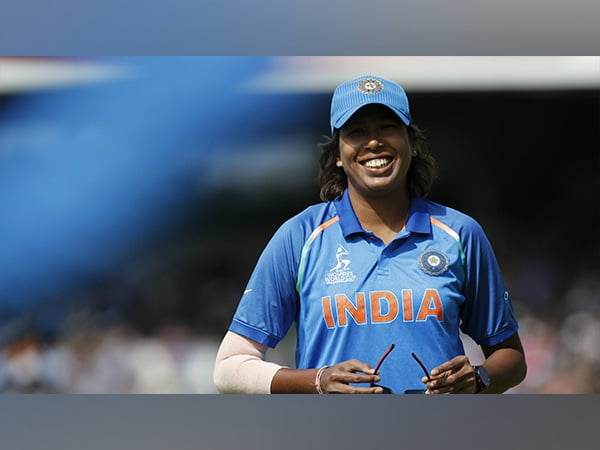 London [UK], September 24 (ANI): Legendary Indian pacer Jhulan Goswami will play her final international match against England at the ‘Home of Cricket’, Lord’s on Saturday and her team will be looking forward to making this occasion memorable, bowing out of the tour with a win.
India women will take on England women’s team in the third and final ODI of the series on Saturday.
The Women in Blue are currently leading the series by 2-0. They already have their first ODI series win against England since 1999 in their hands.
After losing the T20I series 2-1, India has bounced back brilliantly in the ODI leg of the tour, outplaying their opponents in every department. Team India has indeed performed well for Jhulan, for whom this series is being billed as a ‘retirement tour’.

Jhulan will bow out of the match as one of Indian cricket’s biggest, most trustworthy servants. She has represented India in 203 ODIs, in which she has taken 253 wickets. 44 Test wickets have come in 12 matches and 56 T20I scalps have come in 68 matches in the shortest format. She is the most successful bowler in ODIs as a women’s player. She has also shown quite a lot of capability with her bat, scoring 1,924 runs in international cricket with three fifties.
India’s batters proved their worth on this tour. Stars like captain Harmanpreet Kaur, Smriti Mandhana, Yastika Bhatia and Harleen Deol have played great knocks in the series. Bowlers have also performed exceptionally, with pacer Renuka Singh, spinner Deepti Sharma, pacer Pooja Vastrakar and Jhulan herself being some of the team’s top performers with the ball.
England on the other hand has a lot to worry about as there is nothing more embarrassing than being outplayed in one’s own territory. None of England’s star batters like Tammy Beaumont, Sophia Dunkley, Danielle Wyatt have had answers for India’s brilliance with bowling. The lack of big partnerships have also hurt their batting. Names like Heather Knight and Nat Sciver are being missed.
Bowlers have also failed to live up to expectations. Kate Cross, Lauren Bell, Freya Kemp, Sophie Ecclestone, Charlie Dean have not done much to control India’s run-making, especially during the starting overs. In the previous match, Harmanpreet annihilated the entire bowling attack. Harmanpreet and Smriti will be two key targets for England as they create their strategy for the final ODI.
Irrespective of what the result might be, fans are guaranteed a good contest at Lord’s. Team India will be looking forward to ending the game on winning side for one of its biggest servants, Jhulan, or “Jhunnu di” as some of her teammates call her. (ANI)