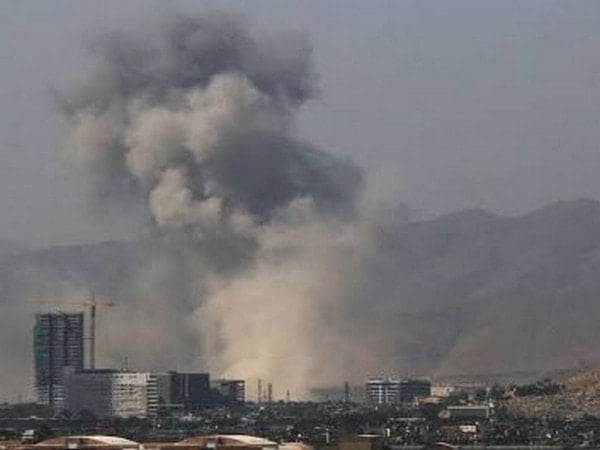 Kabul [Afghanistan], September 30 (ANI): The United Nations Children’s Fund (UNICEF) on Friday condemned the blast in the western Kabul area of Afghanistan.
Friday’s blast claimed at least 19 lives and injured dozens inside the Kaaj Educational Center. UNICEF said this “heinous act” claimed the lives of dozens of adolescent girls and boys and severely injured many more.
“UNICEF is appalled by the horrific attack, early this morning, inside the Kaaj Educational Center in the Dasht-e-Barchi district of West #Kabul, #Afghanistan,” UNICEF said in a tweet.
The UN body said violence in or around education establishments is never acceptable.
“Such places must be havens of peace where children can learn, be with friends, and feel safe as they build skills for their futures. Children and adolescents are not, and must never be, the target of violence,” UNICEF said in another tweet.
The UNICEF reminded all parties in Afghanistan to adhere to and respect human rights, and to ensure the safety and protection of all children and young people.

Earlier today, Kabul Police spokesperson Khalid Zadran told CNN that the explosion occurred at the Kaaj education centre at 7:30 am local time.
“Unfortunately, the explosion has caused human casualties. Security forces have reached the area and we will share the type of the explosion and casualty figures later,” said Zadran.
In a Twitter post, NGO Afghan Peace Watch said a suicide bomber detonated himself among students, targeting Kaaj educational centre in a Hazara neighbourhood.
This explosion comes a few days after a blast was reported near the Wazir Akbar Khan area of Kabul that sparked a global outcry. The recent blast outside the Russian Embassy in Kabul was also condemned in the strongest terms.
This series of blasts come as the Taliban completed one year of its rule in Afghanistan following the ouster of the US-backed civilian government last year. Rights groups said the Taliban had broken multiple pledges to respect human and women’s rights.
After capturing Kabul in August last year, the Islamic authorities imposed severe restrictions on women’s and girls’ rights, suppressed the media, and arbitrarily detained, tortured, and summarily executed critics and perceived opponents.
Rights groups say that the Taliban’s human rights abuses have brought widespread condemnation and imperilled international efforts to address the country’s dire humanitarian situation. (ANI)

UNSC to vote on resolution on Russia’s referendums in Ukraine

Rahul is not fit for politics, does not have ‘systematic seriousness’: Himanta Biswa Sarma