Kharkiv offensive has shown the west that Ukraine can win 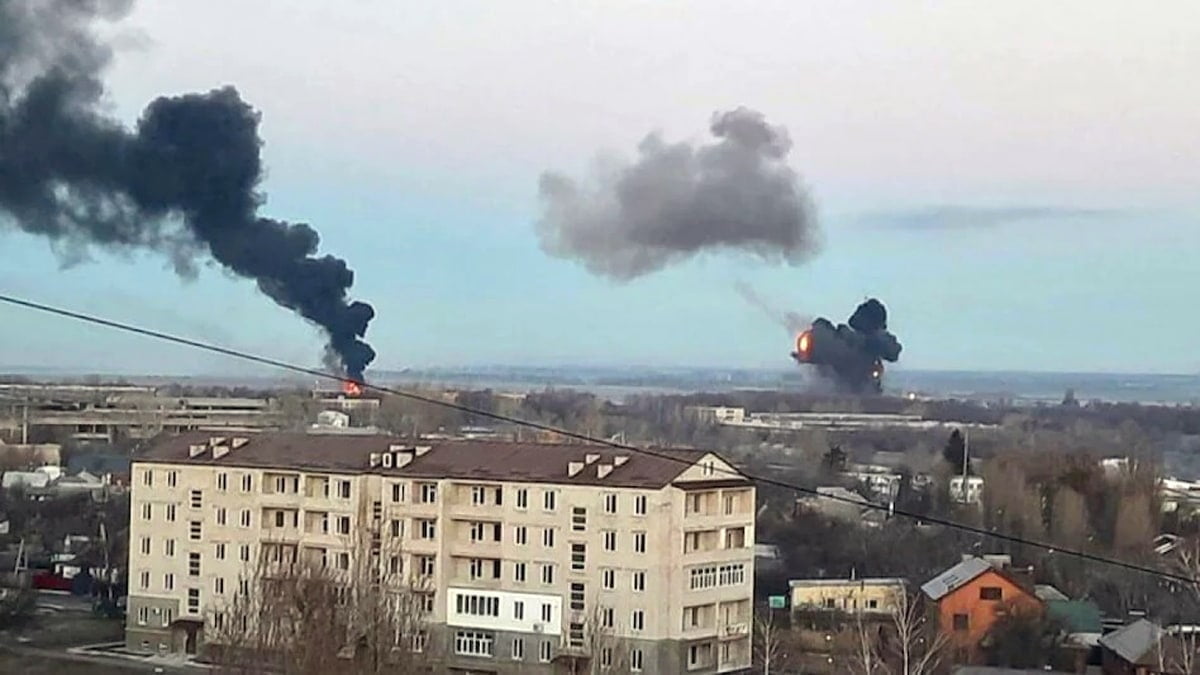 Most people outside Ukraine, even military analysts, have never heard of Oleksander Syrski. But Colonel General Syrski has a claim to being the most successful general of the 21st century so far. The success of this week’s operation in eastern Ukraine – which he commanded – amounts to the most significant Ukrainian victory of the war so far, alongside the 57-year-old military commander’s defeat of Russian forces before the gates of Kyiv in March.

Tactically, the assault towards Kupiansk and Izium was a well planned and superbly executed strike at a weakly held part of the Russian lines. The success can partially be attributed to poor Russian and excellent Ukrainian intelligence.

A Ukrainian official commented: “They are blind, we see everything.” It is likely that this was at least in part due to Ukraine taking temporary control of the air by destroying Russian radars and using their German-supplied Gephard anti-aircraft systems to shoot down their aircraft and drones.

The long-term telegraphing of the (successful and continuing) operation to retake Kherson in the south of Ukraine resulted in Russian commanders redeploying considerable forces to defend that sector. This served to thin out already overstretched lines in the east.

All of this was followed by a swift combined arms strike, integrating tanks, infantry, artillery and air power in overwhelming force which would have been considered a success had it only taken the vital supply base at Kupiansk. It has gone far further than that, with the even more important node of Izyum now in Ukrainian hands.

In the face of this assault the Russians are in disarray and their military is running severely short of options, with all available forces committed to what amounts to firefighting, where the fire looks to be getting out of control.

The best the Russians can hope for is to try to consolidate their defences on the banks of the broad Oskil River in the east of the Kharkiv oblast and hope the Ukrainians pause to allow their logistics to catch up.

The Kharkiv offensive has great significance off the battlefield. Vladimir Putin’s imperial dreams of taking the whole country have evaporated. And retaking the key towns of Izium and Kupiansk has even compromised Russia’s ability to hold captured territory in the Donetsk oblast, which had become Putin’s declared basic objective.

Across the Russian media there is generalised gloom. Even among Russia’s cheerleaders there is a sense of anger and some desperation, including (or especially) among the most nationalist voices.

Igor Girkin – the pro-Russian commander of the breakaway so-called “Donetsk People’s Republic” during the 2014-2015 campaign in Donbas and an influential and well-connected blogger – takes the view that: “We have already lost, the rest is just a matter of time.”

Away from Russia, those countries who do not oppose the Kremlin (Putin has few allies) will be reassessing whether they have backed a loser. This especially includes China, whose leader Xi Jinping is due to meet with Putin this week.

On the other side, Ukrainians have been hearing their president, Volodymyr Zelensky, talk about liberating all of Ukraine’s lost lands. Now they believe it – and they are not alone. The offensive has demonstrated conclusively to western donors that Ukraine is capable of complex combined operations to retake its territory.

This is important. It is one thing to use complex equipment such as Himars rocket launchers effectively in small numbers. It’s quite another to organise thousands of weapons systems in combination with tens of thousands of troops in fast-moving combat.

Allies and donors can now be confident that Ukrainian commanders are capable of using western aid not only in defence but, crucially, also in operations to retake land. In doing so, the narrative of Ukrainian success is firmly reestablished in international media. This is vital for keeping the country’s situation high on government agendas.

All of this asks questions of western strategy, which until now was predicated on weakening Russia and preventing Ukrainian defeat. Ukraine has now demonstrated that there is a real possibility to impose strategically significant costs on the invaders – and eventually defeat them.

The dilemma for Joe Biden and European leaders is whether to reinforce success and double down. The war is nowhere near over. One-fifth of Ukraine’s territory is still under occupation, the criminal nature of which becomes ever clearer when the territory is retaken and atrocities revealed.

Syrski’s boss, chief of staff of the Ukrainian armed forces General Valery Zaluzhnyi, recently co-authored an article asking how far Ukraine’s military ambitions should extend in 2023 and assessing what Ukraine will need from its partners to achieve them.

He sees the focus for Ukraine’s operations as Crimea. The means for retaking Crimea, he says, are to be “ten to 20 combined military brigades” representing about 60,000 fully-equipped combat troops armed with modern western equipment.

Zaluzhnyi observes the essential and continuing disparity between Russia’s weapons, which can – and regularly do – strike deep into Ukrainian territory, and those of the defenders which have only one-20th the range. Ukraine needs the capability to threaten or impose costs deep into Russia if the war is not to go on and on.

While that disparity continues, he argues, and given the nature of the Russian regime, the war could go on indefinitely no matter how much territory Ukraine has recaptured recently. Facing an all-out war wherein Ukraine is effectively defending the west, full-scale support is required, not simply replacement of losses.

Will the west have the courage to back him up? Last week, Zaluzhnyi’s article would have seemed a quixotic fantasy. Now, with the blitzkrieg liberation of most of the Kharkiv oblast, and the obviously abject and ramshackle state of the Russian armed forces made even more apparent, Ukrainian victory looks truly achievable for the first time.