Lala Amarnath, man behind some of Indian cricket’s most important ‘firsts’ 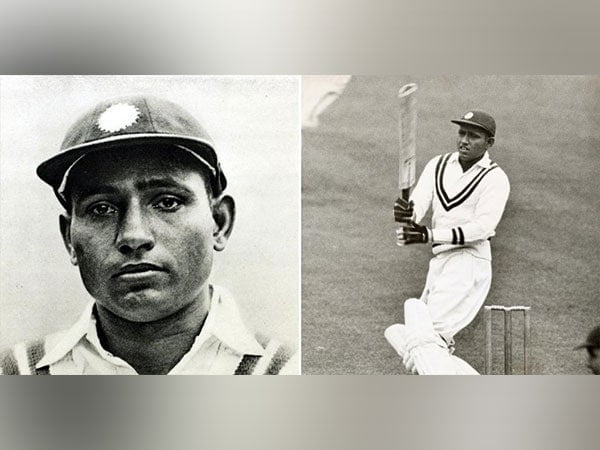 ANI Photo | Lala Amarnath, man behind some of Indian cricket’s most important ‘firsts’

New Delhi [India], September 11 (ANI): On this day in 1911, former Indian captain Lala Amarnath was born in Punjab.
Lala is the man behind some of many historic ‘firsts’ of the Indian cricket. He made his Test debut against England in December 1933.
On his Test cricket debut, he became the first-ever Indian player to score a century in Test cricket. He scored 118 runs against England in his debut match, which England won by nine wickets.

In his Test career, Amarnath played 24 Tests, scoring 878 runs at an average of 24.38. He has scored one century and four half-centuries in a career that lasted over two decades. He was also an effective bowler, having taken 45 wickets, with best bowling figures of 5/96.
He also had an envious first-class record for his time, scoring 10,426 runs at an average of 41.37 in 186 matches, across 286 innings. 31 centuries and 39 half-centuries were scored by him, with best individual score of 262.
He also went on to become the first-ever captain of cricket team of an independent India between 1947-1952. He captained India in 15 Tests, winning two, losing six and drawing seven. Amarnath went on to captain India to its first-ever Test series win against Pakistan by 2-1.
Amarnath was also the first-ever bowler to dismiss legendary Australian batter Don Bradman by hit-wicket. It happened during a Test against Australia in November 1947, when he dismissed Bradman for 185 runs.
His sons Mohinder and Surinder Amarnath also served India in the sport, with the former being a vital part of India’s World-Cup winning team in 1983. (ANI)