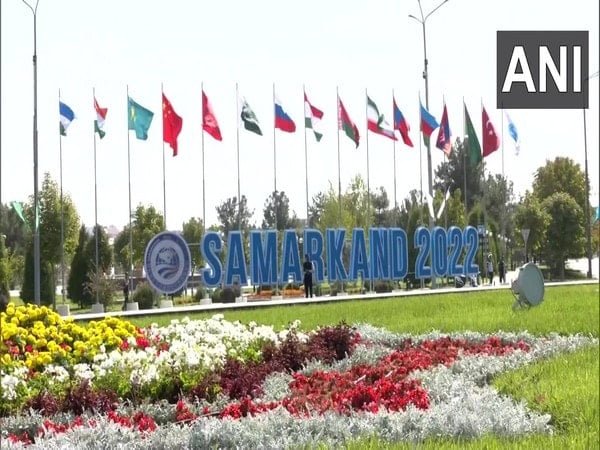 Samarkand [Uzbekistan], September 17 (ANI): The Shanghai Cooperation Organization (SCO) Heads of State on Friday signed the Samarkand declaration which included a decision on the Comprehensive Action Plan for 2023-2027 for the implementation of provisions of the treaty on long-term good neighbourliness, friendship and cooperation among the SCO member states.
A decision was also made on the concept of cooperation of SCO member states to develop interconnectivity and create efficient transport corridors and on the improvement of the Shanghai Cooperation Organization activities.
Moreover, a decision on the regulations on the honorary title of goodwill ambassador of the SCO and on signing the Memorandum of Commitment of the Islamic Republic of Iran to become a member State of the SCO was included.
Additionally, a decision was included on launching the procedure of admitting the Republic of Belarus as a member of the SCO and on granting the Republic of Maldives, Kingdom of Bahrain, Republic of the Union of Myanmar, United Arab Emirates, and State of Kuwait the status of SCO dialogue partner.
Varanasi, India, was declared as the Tourist and Cultural Capital of the SCO in 2022-2023 and the summit also saw the signing of the Memorandum between the Secretariat of the Shanghai Cooperation Organization and the United Nations Educational, Scientific and Cultural Organization (2023-2027).