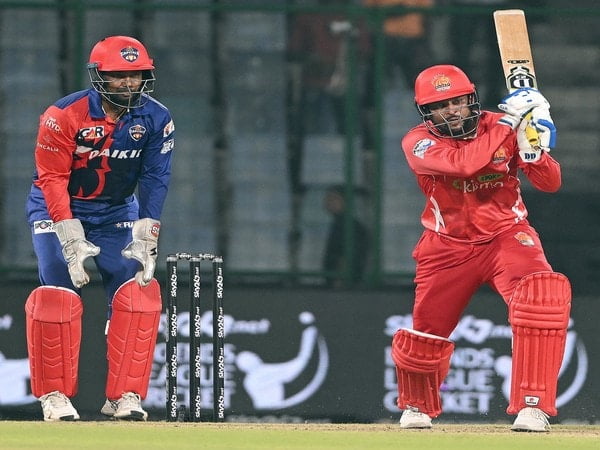 Cuttack (Odisha) [India], September 26 (ANI): After losing their last match against India Capitals, Gujarat Giants will be looking to make amends and a strong comeback in the Legends League Cricket (LLC) when they take on Bhilwara Kings at the Barabati Stadium on Tuesday.
Gujarat Giants will be hugely relying on Tillakaratne Dilshan to do the job for them. In his heydays, Dilshan was known for his aggressive batting style, technique and timing. All that mastery was on show on Sunday when he hit an unbeaten 75 off 59 balls against India Capitals.
The former Sri Lanka stalwart, who captained the Giants in place of Virender Sehwag, treated and thrilled the fans with beautiful shots all around the park, giving the bowlers no respite. Eventually, though, his terrific knock went in vain.

Dilshan, though, will hope to continue in the same form on Tuesday. But it won’t be easy.
Bhilwara Kings have several match-winners like Irfan Pathan, Yusuf Pathan and S Sreesanth who will also be eager to win and climb to the top of the standings. Former India all-rounder Yusuf, especially, has been in brilliant form with both bat and ball.
Bhilwara Kings will also rely on former West Indies pacer Fidel Edwards. The 40-year-old speedster has been troubling batters by bowling fast and quick and will be looking to scalp Dilshan’s wicket early in the innings.
However, Gujarat Giants will hope that big-hitters like Kevin O’Brien, Lendl Simmons and Thisara Perera also come to the party. Giants, who have been banking on their star spinner duo Graeme Swann and Ajantha Mendis, will also look at bowlers like Mitchell McClenaghan and Joginder Sharma to provide them with early breakthroughs.(ANI)

Guyana rounds with win over Barbados in CPL