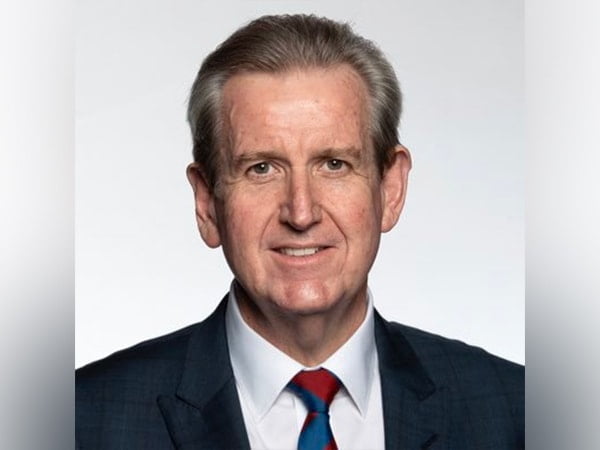 New Delhi [India], September 28 (ANI): Australia’s envoy to India Barry O’Farrell extended greetings to Retired Lieutenant General Anil Chauhan on his appointment as India’s Chief of Defence Staff (CDS) on Wednesday and expressed to work closely to advance strong defence relationship between the two nations.
In a tweet, Australia’s envoy to India wrote, “Congratulations Lt General Anil Chauhan (Retired) on your appointment as India’s Chief of Defence Staff (CDS). looks forward to working closely with you to continue advancing our strong #defence relationship.”
The government on Tuesday appointed Lt General Anil Chauhan (retired) as the new Chief of Defence Staff (CDS). He had retired as the Eastern Army Commander in May last year and was serving as the Military Advisor to the National Security Council.
This is the first time that a retired officer has been appointed at this position for which a gazette notification was issued to announce the change in rules for the appointment.
In a career spanning over nearly 40 years, Lt Gen Chauhan has held several command, staff and instrumental appointments and had extensive experience in counter-insurgency operations in Jammu and Kashmir and northeast India.
He will also function as Secretary to the Government of India, Department of Military Affairs with effect from the date of his assumption of charge and until further orders, an official release said.
Lt General Anil Chauhan (retired) will be the second CDS of the country after Gen Bipin Rawat who died in a helicopter crash in December last year in Tamil Nadu.
Born on 18th May 1961, Lt Gen Anil Chauhan was commissioned into the 11 Gorkha Rifles of the Indian Army in 1981. He is an alumnus of the National Defence Academy, Khadakwasla and Indian Military Academy, Dehradun.
In the rank of Maj General, the officer had commanded an Infantry Division in the critical Baramula sector in the Northern Command.

Later as Lt General, he commanded a corps in the North East and subsequently went to become the General Officer Commanding-in-Chief of the Eastern Command from September 2019 and held the charge until his retirement from the service in May 2021.
In addition to these command appointments, the officer also tenanted important staff appointments including the charge of Director General of Military Operations.
Earlier, the officer had also served as a United Nations mission to Angola.
He superannuated from the Indian Army on 31 May 2021.
Even after his retirement from the Army, he continued to contribute to national security and strategic matters. For his distinguished and illustrious service in the Army, Lt General Anil Chauhan (retired) was awarded the Param Vishisht Seva Medal, Uttam Yudh Seva Medal, Ati Vishisht Seva Medal, Sena Medal and Vishisht Seva Medal.
The CDS is the most senior uniformed officer in rank, the first among equals — the only four-star officers in the country are the CDS, the chiefs of the Indian Army, Indian Navy and Indian Air Force.
The post was lying vacant since December 8 last year after the death of General Bipin Rawat. When General Bipin Rawat was appointed CDS by the Narendra Modi government within six months of coming back to power in 2019, it was hailed as one of the biggest reforms in the higher military structure of the country.
The CDS is also the single point of contact for the government for giving military advice and is the senior-most bureaucrat in the defence ministry which has four major departments.
The appointment comes amid efforts by the government to give a big push to indigenisation in the equipment for defence forces. (ANI)