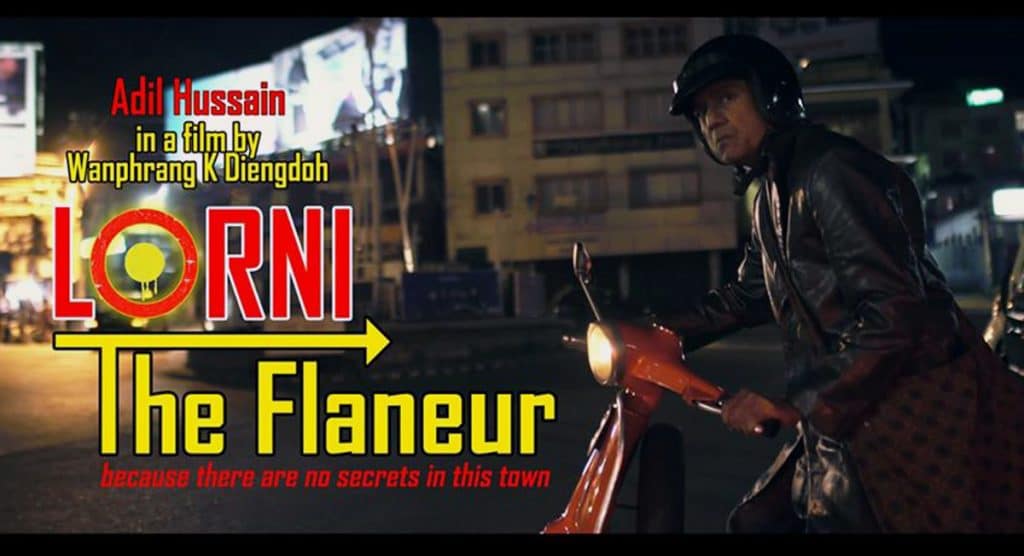 Poster of the film 'Lorni'

‘Lorni – The Flaneur’, a film based in Shillong and lead played by Adil Hussain is streaming on SonyLiv from September 2. It’s the debut venture for director Wanphrang Diengdoh.

Lorni is about Shem played by Adil who is a detective with no job at hand. The self-styled detective with a sharp sense of the streets escapes the lethargy of small town Shillong when he is asked to investigate the disappearance of objects worthy of great cultural value.

Navigating narrow streets and dark alleys, he embarks on an emotional and mental journey reflective of his reality and that of Shillong.

“Our Khasi Film @TheLorni is premiering on @SonyLIV on the 2nd Sept. I play the protagonist, a small town Detective, in this very intriguing story, set in #Shillong #Meghalaya directed by @WanphrangD,” tweeted Adil Hussain.

Excited, Khasi Film, my first one, @TheLorni is dropping on @SonyLIV today. I play the lead, out of work Detective, searching for a Precious Artifact, Set in Shillong, #Meghalaya. Please Watch Director @WanphrangD pic.twitter.com/mEcqrNANrc

Lorni – The Flaneur has been screened at several international film festivals across the world and was the only Indian nominee in the First Feature Category Competition at the Tallinn Black Nights Film Fest in Estonia in 2019.

An investigation leads Shem on an emotional and mental journey reflective of his reality and that of Shillong!

“Lorni-the Flaneur finally premieres on Sony LIV on 2nd September. I am very grateful to my producer, Jane Pala for the generosity and the creative liberty to make the film precisely the way I envisioned it,” said director Wanphrang in a social media post.

“For @adilhussain you’re a fine actor and an absolute gem of a person. It was a pleasure working with you and I look forward to our future projects.”

He also thanked all the individuals involved in the film.

“Lorni is a delightful experiment in form that thwarts our expectations at almost every turn. Narrated by Shem in part, the film deploys the confessional mode, along with the techniques of an observational documentary, integrating the detective figure and femme fatale from noir films with shamans, myth and folklore,” writes Sukhpreet Kahlon in Cinestaan.

“Shillong is a character in this film and the narrative captures the contesting sentiments of a town caught between tradition and modernity.”

This is the period of science, IT and drones, says Manipur CM Biren Singh