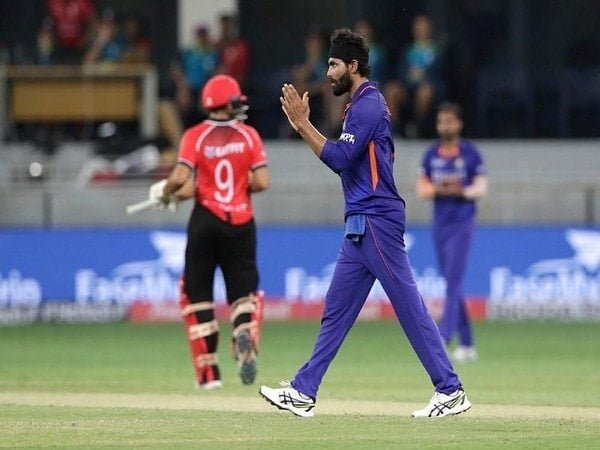 Dubai [UAE], September 17 (ANI): Despite India’s unsuccessful campaign in the recently concluded Asia Cup 2022 and being dealt a crucial injury blow to a key all-rounder, Sri Lanka cricketing legend Mahela Jayawardena believes that the Men in Blue can still be a force in the T20 World Cup.
India named their 15-member squad earlier this week, but it was missing Ravindra Jadeja, whose injury during the Asia Cup comes as a stinging blow.
A brilliant bowler as well as a left-handed power-hitter, Jadeja offered the India XI much-needed balance. And Jayawardena said his absence will be “a massive loss” to one of the early tournament favourites.
“It is a challenge. They had fitted him nicely in that No.5 role. He has been batting really well and him and Hardik (Pandya) being in that top six – two guys who can give that all-round options – gave India much more flexibility in that batting order,” Jayawardena said in The ICC Review.

“It is a tough one for them, and probably a concern not having that left-hander. They’ve switched to leaving out DK (Dinesh Karthik) and bringing in Rishabh (Pant) in that role, batting at 5 or 4. Those are things they have to settle going into the World Cup. But not having Jadeja, the form that he was in… it will be a massive loss for them,” he added.

Jadeja’s absence from the squad will be a big blow to Team India during their World Cup campaign in Australia. Jadeja’s rocket-like direct throws, left-arm spin and left-handed batting will be something that the squad will miss out.

But Jadeja’s run in 2022 makes him an important player for Team India. The fact that he has delivered consistently with the bat, ball and fielding worked out a lot for India in its victories.

As big a blow as it is, India still have much to look forward to and can take solace in the return to form of their star batter Virat Kohli. The 33-year-old had taken a month-long break from cricket to focus on his mental health and returned all guns blazing in the Asia Cup.
Kohli broke his century drought that spanned 1,020 days, scoring his 71st international hundred when he smashed an unbeaten 122 against Afghanistan.
“He was there and thereabouts pretty much. He just didn’t have that big score under his belt to get that confidence, especially in white-ball cricket, which is always going to happen,” said Jayawardena.
“There were a few injury concerns in the last 12 months. He had little niggles and they rested him and India kept on giving people rest, with the workload that they had. So not having that consistent run also makes it tough,” he further added.
“In the Asia Cup he batted well, showed what he is capable of, especially in that batting position. Going forward for India, having that stability in that line-up and having confidence that a guy like Virat is going to be a factor, is going to be a concern for the opposition as well,” Jayawardena said.
“It’s good to see him batting like that. We need all these brilliant players to be at their best form in a World Cup, and that’s what the World Cup deserves as well. Everyone going at each other at that level. It will be a fascinating World Cup in Australia,” he added. (ANI)