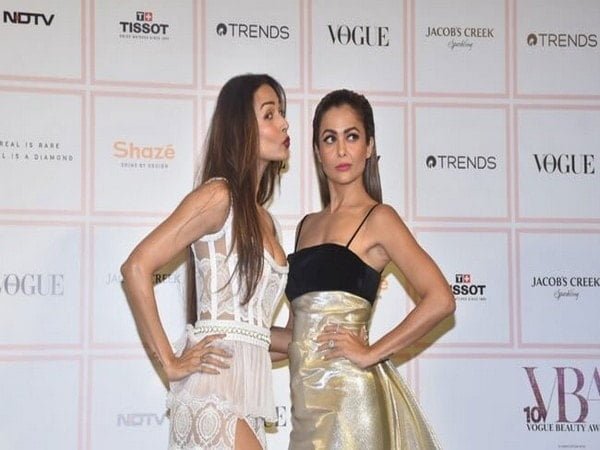 Mumbai (Maharashtra) [India], September 17 (ANI): If reports are to be believed, siblings Malaika Arora and Amrita Arora are all set to work together in a series titled ‘Arora Sisters’.
The show ‘Arora Sisters’ will focus on the personal and professional lives of Malaika and Amrita. With the show, Malaika and Amrita will give the audience a glimpse of their lifestyle and day-to-day activities.
Fans can also expect the presence of their close friends including Kareena Kapoor Khan and Karisma Kapoor in the show.

Malaika is best known for her dance numbers ‘Gur Naal Ishq Mitha’, ‘Chaiyya Chaiyya’, ‘Rangilo Maro Dholna’, and ‘Munni Badnaam Hui’ among others. She is currently one of the biggest advocates of yoga in B-town.
On the other hand, her sister Amrita has worked as an actress in the past. She had acted in films like ‘Kitne Door Kitne Paas’, ‘Awara Paagal Deewana’ and ‘Kambakkht Ishq’.
In the past, the audience saw Gauahar Khan and her sister Nigar Khan giving a sneak peek into their personal and professional lives with the show ‘Khan Sisters’. (ANI)