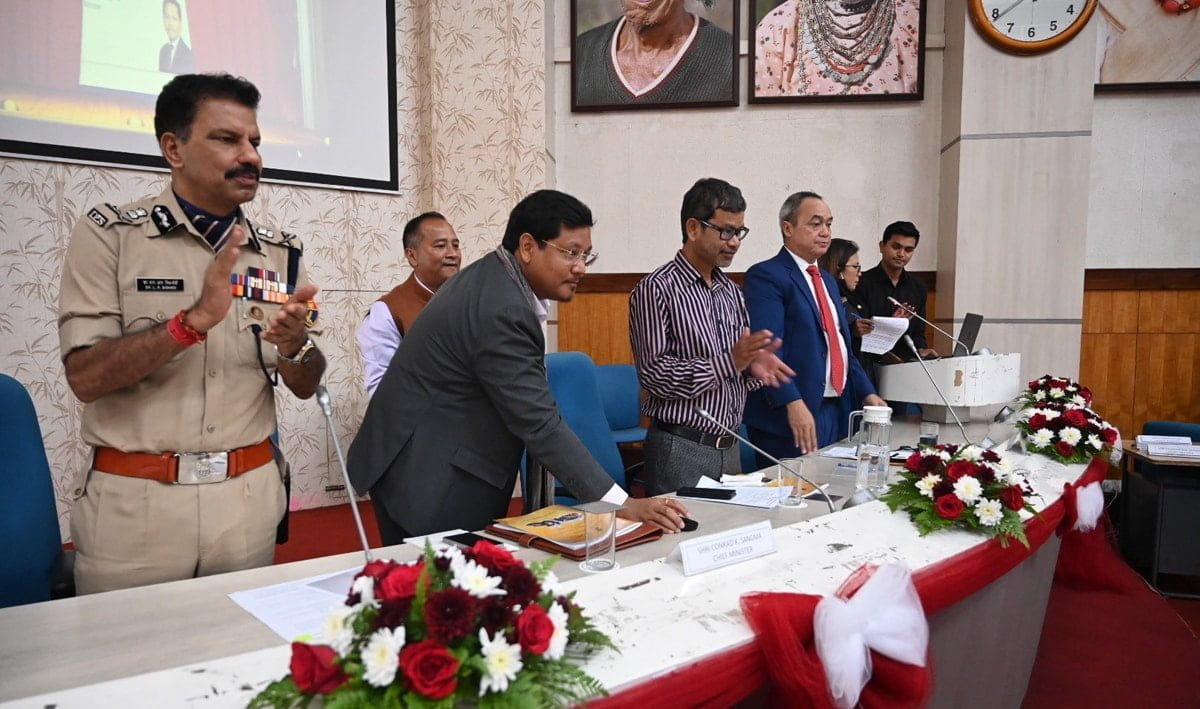 Meghalaya chief minister Conrad Sangma on September 8 launched an online portal of the Meghalaya Residents Safety and Security Act (MRSSA) to enhance security vetting of the tenants and ensure the safety and security of citizens of the state.

Initially, the MRSSA will be implemented in seven localities – Nongrim Hills, Lapalang, Nongrah, Nongmensong, Pohkseh, Riat Laban and Wahdienglieng – in the East Khasi Hills district with the aim to prevent anti-social elements from gaining shelter in the state.

Speaking during the launch, Sangma said that the implementation of the digitised system will not only ensure the safety and security of the residents, but it will also act as a strong intelligence gathering system for authorities to monitor and act, based on the intelligence inputs gathered from the online database.

He further added that the digitisation and preparation of the online database for the MRSSA could also be beneficial for monitoring and better implementation of other services and programmes of the government.

He said that the digitisation process will connect more than 6000 villages in the state to the online system. The digitised database can then be utilised for better service delivery in critical areas such as healthcare. He said that digitisation will aid in effective monitoring of the schemes and programmes of the government.

“This kind of exercise is something that is going to help us not just in terms of the safety and security but also it will help us to digitise things and even help us to monitor the different services, schemes, and programmes implemented by the government, and we will be able to do it in a much better manner. We want to expand this digitisation not just for MRSSA but also for effective implementation of other government services,” he said.

The chief minister said that the initial rollout of the online system will cover the relevant towns and localities on priority before expanding in a phased manner across the state.

The chief minister also complimented the efforts of the headmen of different localities for working together with the administration and exhorted them to partner with the government for the successful implementation of the programme.

During his address, minister Lahkmen Rymbui, underlined that the safety of the people is of paramount importance and acknowledged the various proactive steps taken by the dorbar shnongs for the security of the residents in their respective localities.

The state government introduced the Meghalaya Resident Safety & Security Act 2016 with the purpose to ensure and enhance the security of the citizens of the state by making a careful and thorough examination of tenants residing in the state.

The implementation of the act will prevent anti-social elements from gaining shelter in the state and create a control mechanism to check illegal infiltration or illegal migrants who might be coming and residing in the localities.

In order to implement the act, the government in collaboration with NIC Meghalaya has taken the initiative to design and develop the online application – megrssa.nic.in – that will enable the citizens (landlords/tenants) to register themselves with prior verification from the local authorities.

Features of the online system

With the implementation of the web application, the state government will have a digitised database of basic data of all the landlords/tenants who are residing in Meghalaya.