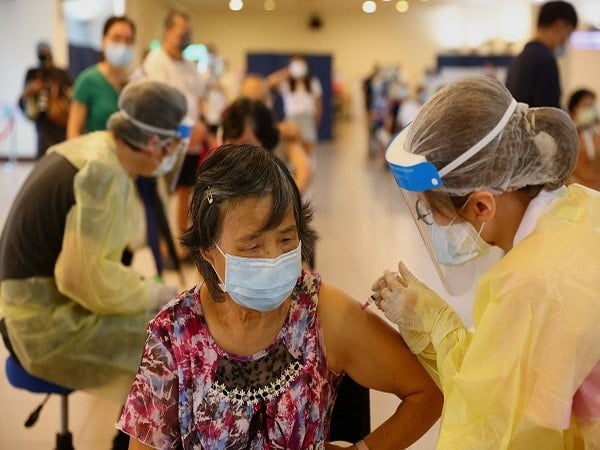 Dharamshala (Himachal Pradesh) [India], September 26 (ANI): The draconian measures adopted by China to enforce its zero-Covid policy in the wake of rising COVID-19 cases in Tibet has endangered the lives of Tibetans.
“The zero-Covid policy is causing more harm than good. The mismanagement of the pandemic outbreak in Tibet only exposes Beijing’s failed Covid-policy implementation,” read the Central Tibetan Administration press release.
In an attempt to present itself as a role model in curbing the outbreak, China is downright disregarding the safety and security of Tibetans in need of medical assistance and covid care evidenced by the dire lockdown conditions being reported and exposed online by a number of affected Tibetans.
Tibetans complained about crowded quarantine facilities, food scarcity, lack of medical supplies and unhygienic living conditions, added the release.
Some Tibetans said that the condition is worse than a prisoner and another Tibetan was beaten up for protesting against the dire living situation under the Covid lockdown.
Tibetans in the COVID regions are being forcibly dragged to be put into isolation centres and their families have to live with the uncertainty of their return and updates in general.

The entire world suffered when the pandemic hit but the situation in Tibet could not have gotten worse since it was already in a saddening state. Tibetans in Tibet are stuck in another helpless state where the government is only focusing on carrying out their policy to seem like a capable nation.
China publicly reported the first Covid outbreak in Tibet on August 8 this year, with 22 cases of Covid-positive in Lhasa and Ngari. This has been the first official admission of Covid in Tibet after the repeated public announcements of the zero-Covid policy in the Tibet Autonomous Region (TAR) since early 2020, read the CTA release.
Within weeks, at least 3627 people had reportedly tested positive indicating a rapid increase. Strict government-imposed lockdowns were soon enacted in Lhasa, Shigatse, and Ngari after news of positive cases were reported from nearby areas of Nagchu, Chamdo, Lhoka, and Nyingtri.
Currently, an estimated 53,076 people reside in isolation centres in the “TAR” alone. Meanwhile, a number of Tibetan areas outside of the “TAR”, including Karze and Ngaba in Kham and Amdo provinces respectively, continue to report daily Covid cases resulting in sporadic lockdowns, Chengdu being the worst-hit area in China’s Sichuan.
Meanwhile, China’s propaganda machinery has been actively covering up the situation. China’s state media claimed no shortcomings in the implementation of the zero-covid policy during the latest covid outbreak in Tibet, read the release.
When the Covid cases escalated, Chinese authorities labelled the BA.2.76 virus as a “foreign import” and misled the public with false claims of high-quality medical services and timely supply of essential commodities.
On August 9, the “TAR” Internet Network Information Centre called for “striking hard” on those “spreading pandemic rumours” and warned that “offenders” would be severely dealt with. Several propaganda videos even depicted Chinese Communist Party officials as heroes in their “tough battle against the Covid”. (ANI)

We were 10-15 runs short, bowlers were outstanding: Babar after Pakistan’s win over England in fourth T20I