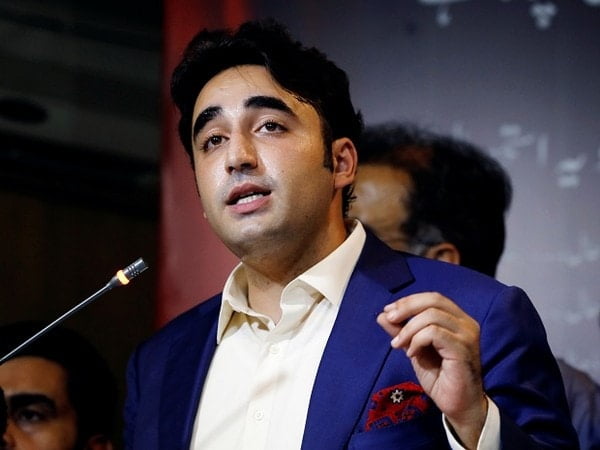 Washington [US], September 28 (ANI): Pakistan Foreign Minister Bilawal Bhutto Zardari on Tuesday blamed former Prime Minister Imran Khan for the worsening political crisis in the country and said that he has become irrelevant as far as foreign policy of the country is concerned.
“Luckily for foreign policy, most of the world is happy to ignore Imran Khan,” Bilawal said during an event of a Washington think tank, Woodrow Wilson Centre’s Asia Programme.
On being asked about the toxic polarisation in Pakistan politics spearheaded by former Pak PM Imran Khan, Bilawal said the politics in the country is destructive.
“Domestic politics is incredibly destructive, and democracy only works if you all want it to work. So, it’s not so pretty but democracy is not pretty anywhere,” he said.
Criticizing the PTI Chief for his political rallies, the Pakistan Foreign Minister advised Imran Khan to respect democracy and democratic institutions.
“My advice to Imran khan would be…Respect democracy, respect democratic institutions, and do your job,” Bilawal said in a statement during the event.
Imran Khan is one of the country’s leaders who were ousted before they could finish their tenure. First, he lost his majority in the National Assembly after Muttahida Qaumi Movement-Pakistan (MQM-P), a key ally, walked out of the coalition, accusing the government of economic mismanagement.
The Opposition tabled a no-confidence vote in the parliament, seeking his ouster.
Following his ouster, Khan also asked President to dissolve assemblies and call fresh elections in order to block a no-confidence vote that was tabled in National Assembly to oust him from power, however, the president dissolved the country’s parliament instead.
Moreover, Imran’s foreign policy was not in consonance with the Pakistan Army which wanted the US on its side.
However, Imran Khan has always decried a US-led foreign conspiracy against him.
The faltering US-Pak ties got a boost following the ouster of former Pakistan Prime Minister Imran Khan in April this year. Khan had accused the Biden administration of hatching a conspiracy against him.
Recently, US State Department approved a Foreign Military Sale (FMS) to the Pakistani government for the sustainability of the Pakistan Air Force F-16 fleet, which drew the ire of the Indian government. (ANI)

Jaishankar flags US visa concerns, Blinken commits to build back on backlog soon

US pushes for India-Pakistan dialogue, urges both countries to sort out differences through diplomacy