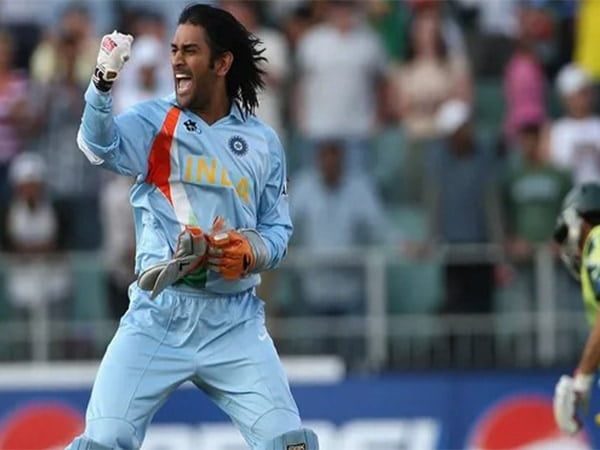 Mumbai (Maharashtra) [India], September 24 (ANI): Legendary Indian spinner Harbhajan Singh said on Saturday that former skipper MS Dhoni gave his players a lot of freedom while playing during their ICC T20 World Cup 2007 campaign, which the Men in Blue captured.
On the fifteenth anniversary of Team India’s ICC T20 World Cup 2007 triumph, members of Team India recalled their early impressions of MS Dhoni on the Star Sports programme ‘Class of 2007: The Reunion of ’07 Champions’.
“It did not feel to us that MS Dhoni was our skipper till he lifted the trophy. It was so because everyone was contributing their suggestions as to what should be done during a certain stage in a game. He was very open to it and would let us go ahead with whatever we thought was best,” said Harbhajan Singh.
The bowler recalled the strategy during the iconic bowl-out that took place to decide the winner of the Group D clash between India and Pakistan, which ended in a tie with both teams scoring 141 runs each.
“The run-ups of players involved in bowl-out were of three to four steps. It was so because they could have lost their balance after running from a great distance,” he said.

Even wicketkeeper-batter Dinesh Karthik recalled his first impressions of MS Dhoni.
“He was en route of becoming captain back then. He was the Vice Captain during the 2007 ODI World Cup and series against England and various other places. From day 1, he had his own ways of doing things. There was not really much difference between him as a captain and as a player,” said Karthik.
On this day in 2007, India captured the inaugural ICC T20 World Cup, defeating Pakistan by five runs in a thrilling final at Johannesburg.
Both the teams had a great run in the tournament heading into the final and topped their respective groups. India was coming into the summit clash after downing the mighty Australians in the semi-final by 15 runs. On the other hand, Pakistan had defeated New Zealand in the semis by six wickets.
India elected to bat first after winning the toss. They put up 157/5 in their 20 overs. Gautam Gambhir’s 75 off 54 balls and Rohit Sharma’s hard-hitting cameo of 30* off 16 balls helped Men in Blue reach a solid score for an ICC final for those days. Pacer Umar Gul (3/26) did not let Team India reach a big score and took wickets at crucial phases.
Chasing 158, Pakistan lost wickets at regular intervals. RP Singh (3/26) and Irfan (3/16) kept their arch-rivals run flow in check. Knocks from Imran Nazir (33), Younis Khan (24) were solid, but Pakistan was left struggling at 6/77. Misbah-ul-Haq (43) then tried to win it for Pakistan, but fell short by five runs after a scoop attempt on delivery by Joginder Sharma (2/20) was caught by S Sreesanth, sending millions into ecstasy. Pakistan was bundled out for 152 runs.
Since then, India has not captured another T20 World Cup. Their best performances since then remain runner-up finish in the 2014 edition and semifinal finish in the 2016 edition of the tournament. (ANI)

“Still remember the bowl out, tipping my hat in celebration”: Robin Uthappa on 15th anniversary of 2007 T20 WC win