My partnership with Harleen was important: Harmanpreet after win over England in 2nd ODI 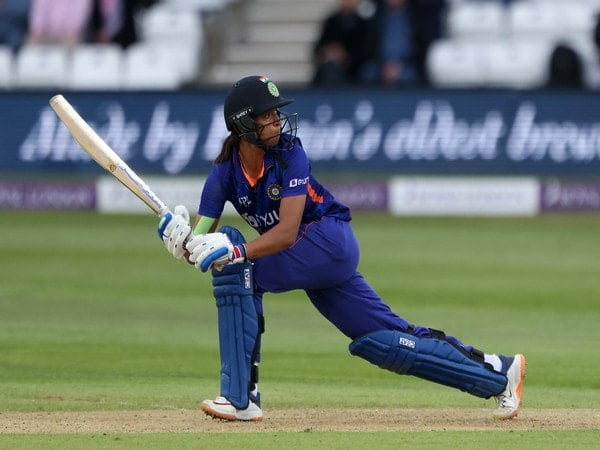 ANI Photo | My partnership with Harleen was important: Harmanpreet after win over England in 2nd ODI

Canterbury [UK], September 22 (ANI): Following her side’s 88-run win over England in the second ODI, Indian skipper Harmanpreet Kaur that her partnership with Harleen Deol was important.
Captain Harmanpreet Kaur’s explosive unbeaten hundred and brilliant spell from pacer Renuka Singh helped an all-round India defeat England by 88 runs in the second ODI of the three-match series at Canterbury to clinch the series on Wednesday.
“When we came here, that was the goal (to win the series). Was a crucial win today as everybody stepped up. I always enjoy leadership as I am always in the game and it feels good. When I was batting, during the first 50 runs, it was not all that easy. I just took my time and the partnership with Harleen was important. Just gave freedom to myself later as I was well set,” said Harmanpreet during a post-match presentation.
“She (Renuka) always gives us breakthroughs and our team depends a lot on her. Whoever was getting the chance today was giving us breakthroughs and that is what we need. Yeah I think so (about Jhulan Goswami’s imminent retirement after the next game). We will miss her for sure and have been learning a lot from her. Every cricketer wants to play at Lord’s and it’s going to be special for her to retire there,” she added.
With this victory, India now has an unassailable 2-0 win in the series.

In the first innings, India registered a massive 333/5 in 50 overs, their highest total on English soil. Captain Harmanpreet Kaur smashed an unbeaten 143 off 111 balls with 18 fours and four sixes and had a 113-run stand with Harleen Deol, who scored 58 off 72 balls. Opener Smriti Mandhana also played a crucial knock of 40 off 51 balls. Charlie Dean was the leading bowler for England with 1/39.
In chase of 334, pacer Renuka Singh (4/57) dismantled English top order. Danni Wyatt (65), Alice Capsey (39) and captain Amy Jones (39) offered some resistance temporarily, with Wyatt and Capsey stitching a 55-run stand, followed by a 65-run stand between Wyatt and James. But the hosts were nowhere in contention after these two stands and lost wickets quickly. They lost the game by 88 runs after being bundled out for 245.
This is India women’s first ODI series win on English soil since 1999.
Harmanpreet’s explosive knock earned her the ‘Player of the Match’ award.
The third and final ODI will be played at Lord’s on September 24. (ANI)

“Once again stands up in an important game”: Wasim Jaffer lauds Harmanpreet’s ton against England in 2nd ODI