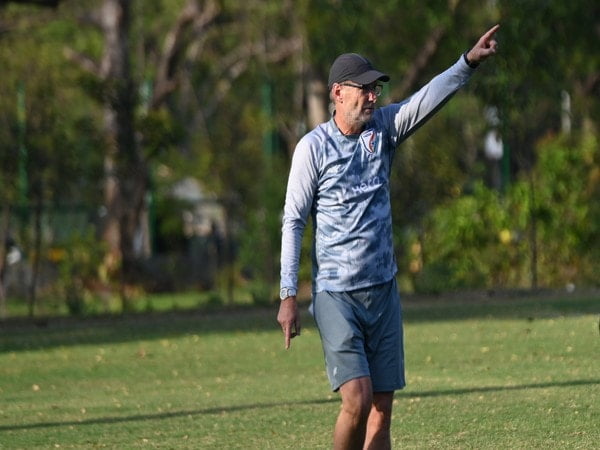 New Delhi [India], September 29 (ANI): India U-17 Women’s National Team head coach Thomas Dennerby is hopeful that his side will play compact football with utmost discipline when they take on Andorra in the early hours on Friday, September 30, 2022.
This is the second match of the Indian under-17 team’s ongoing exposure tour to Spain. They earlier lost to Sweden Under-17 side 1-3.
“Andorra will be another challenge for us but we will be organised and disciplined against them,” promised Dennerby on the eve of the match.
“We have worked on our pressing in our sessions and hopefully we will not repeat the mistakes we committed in our last match,” said the Swedish coach. “We have learnt that better teams will take advantage of our mistakes and score at their end, something we surely want to rectify,” Dennerby further said.
“We have defended well against Sweden and created more chances than before. If we can continue to put the same effort, hopefully we can win this time. But before all this, we definitely want to play a quality game”, said Dennerby.

The exposure tour to Spain have been planned by the All India Football Federation as part of preparations for the upcoming FIFA U-17 Women’s World Cup slated to kick off on October 11 in India.
Dennerby said his team did a good job on the pitch against Sweden though the result wasn’t favourable. “We scored in our last match and to know that we can score against good teams is obviously a great feeling. We created other chances, but couldn’t capitalise.
“We were close enough to score more goals and hopefully we will take positive things from the match and work harder against Andorra,” the coach said.
Head Coach is aware of the challenges in Spain, especially the weather which is different from India, but feels it won’t cause much of a problem.
“The weather conditions aren’t a problem at all. The weather here is good for playing football and the girls are enjoying it. We won’t go for a new approach. We will go on the pitch without fear and will come back with a win,” said the coach. (ANI)

Grateful for all the blessings: Richa, Ali share audio message ahead of wedding