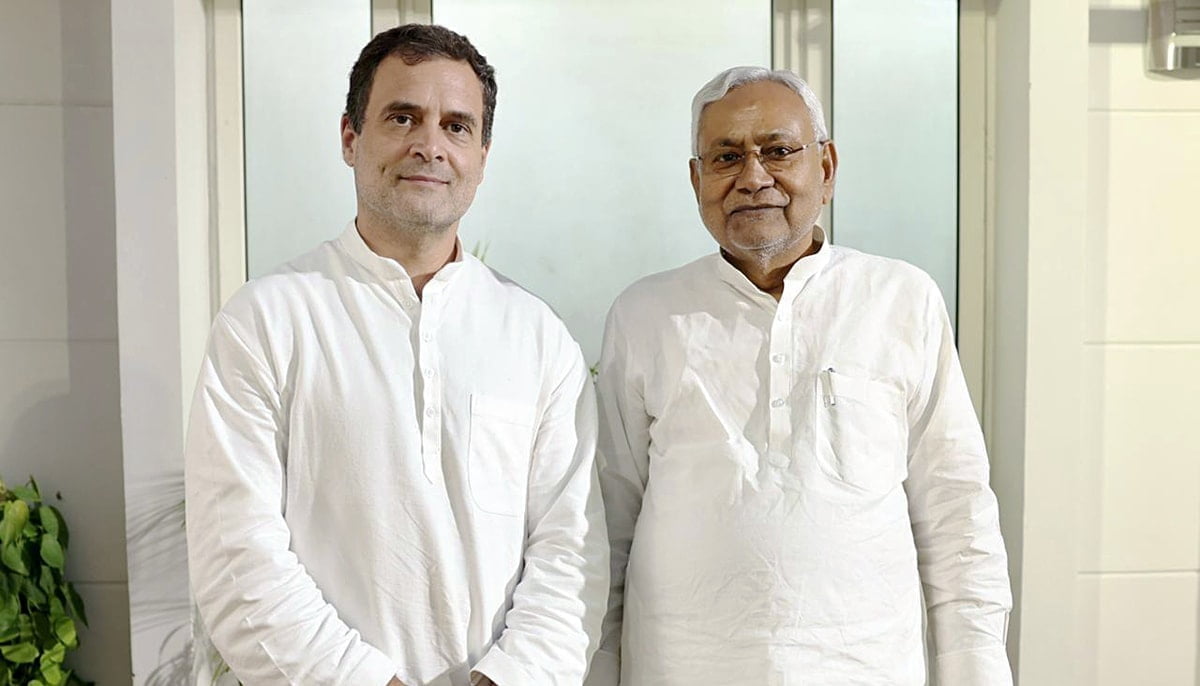 Bihar chief minister Nitish Kumar met Congress leader Rahul Gandhi in New Delhi on September 5 and discussed the strategy for the upcoming 2024 Lok Sabha polls and the possibility of bringing like-minded parties together.

According to Congress sources, Nitish Kumar, who met Rahul Gandhi for the first time since his reunification with the Mahagathbandhan, of which Congress is a part in Bihar, expressed gratitude to the Wayanad MP for his party’s support to his government.

The sources also said that both the parties will continue their “concrete discussions” in the run-up to the Lok Sabha polls.

The meeting comes amid the buzz that Nitish Kumar is attempting to project himself as the prime ministerial candidate in 2024. However, he cleared the air on the matter.

“If the opposition will get united, then a good atmosphere will be created. I have no desire and no aspiration (to become prime minister),” the Bihar CM told the media.

The meeting of Kumar with Opposition leaders comes days after Telangana chief minister KCR visited Bihar and held discussions on the political scenario in the country.

However, during KCR’s one-day visit, he avoided giving a direct response to a question about whether Nitish Kumar will run as the opposition’s candidate for prime minister, saying that the opposition parties would meet and make that decision.

While talking to the media during his visit to Bihar, KCR was asked whether Bihar CM Nitish Kumar will be the next PM candidate for the opposition.

He dodged a straight response and said that all the opposition parties will come together and then finalise the PM candidate.

KCRF also lashed out at the Centre for the “faulty policies” including inflation and said the BJP is insensitive towards the needs of the state.

Rao said that Nitish Kumar is a big leader and the Centre has not even fulfilled its promise of granting special status to Bihar.

Taking a dig at the Centre, KCR said: “Before the Modi-led BJP government, Rupee never depreciated so much. Why do farmers have to protest for over a year? The country faced losses in every sector due to the failures of the policies implemented by the Centre.”

KCR went ahead and criticised the BJP’s mission of eliminating all opposition parties from the political arena. “It is a shame that the ruling party says that they will finish all other political parties,” he added.